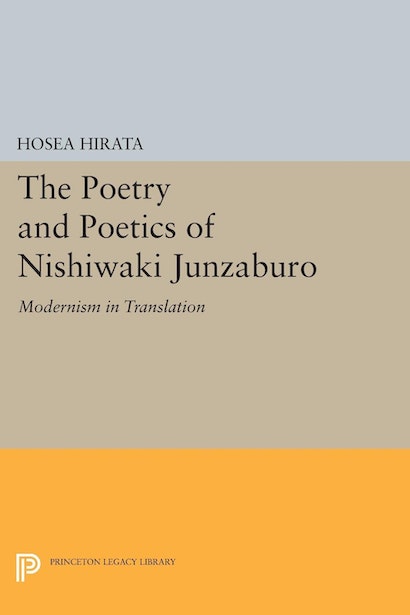 This book offers an in-depth investigation into the writings of one of modern Japan’s most gifted poet-scholars, Nishiwaki Junzaburo (1894-1982), who has been compared to T. S. Eliot, R. M. Rilke, and Paul Valéry. Exploring both his poetry and theoretical writings, Hosea Hirata describes how Nishiwaki, who wrote his first poems in English and French, shaped a highly influential poetic modernism in Japan while elevating the artistic status of translation. This volume includes Nishiwaki’s highly original essays on the nature of poetry, his first two collections of Japanese poems, and a poem meditating on the annihilation of symbolism.

The author maintains that in Japan the language of modernism was that of translation. When Nishiwaki finally began to write poems in Japanese, a new poetic language was born in his country: a translatory language. Hirata elaborates this birth of new poetry via translation by referring to the theories of translation and of différance articulated by Walter Benjamin and Jacques Derrida. The author reconsiders the view that translated texts are secondary to the originals, where the truth supposedly resides; instead he presents translation as an essential textual movement, écriture, toward the paradise of pure language and Poetry.

"In addition to being a well-balanced study of one of twentieth-century Japan's most important poets, Hirata also pioneers possibilities in areas of criticism heretofore often neglected in studies of Japanese literature."—The Journal of Asian Studies