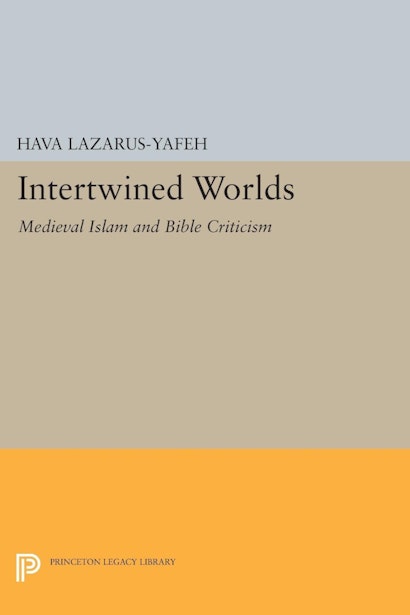 Exploring the lively polemics among Jews, Christians, and Muslims during the Middle Ages, Hava Lazarus-Yafeh analyzes Muslim critical attitudes toward the Bible, some of which share common features with both pre-Islamic and early modern European Bible criticism. Unlike Jews and Christians, Muslims did not accept the text of the Bible as divine word, believing that it had been tampered with or falsified. This belief, she maintains, led to a critical approach to the Bible, which scrutinized its text as well as its ways of transmission. In their approach Muslim authors drew on pre-Islamic pagan, Gnostic, and other sectarian writings as well as on Rabbinic and Christian sources. Elements of this criticism may have later influenced Western thinkers and helped shape early modern Bible scholarship. Nevertheless, Muslims also took the Bible to predict the coming of Muhammad and the rise of Islam. They seem to have used mainly oral Arabic translations of the Hebrew Bible and recorded some lost Jewish interpretations. In tracing the connections between pagan, Islamic, and modern Bible criticism, Lazarus-Yafeh demonstrates the importance of Muslim mediation between the ancient world and Europe in a hitherto unknown field.