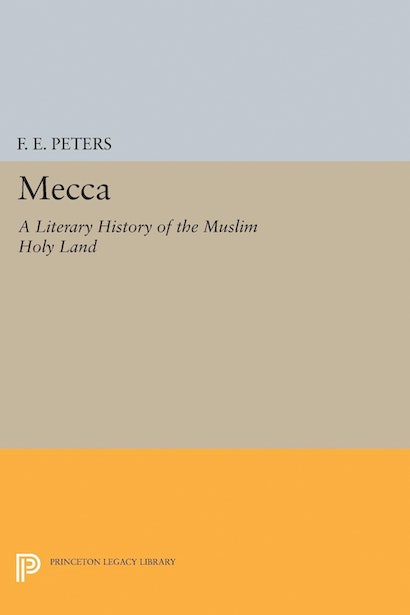 For the non-Muslim, Mecca is the most forbidden of Holy Cities — and yet, in many ways it is the best known. Muslim historians and geographers have studied it, and countless pilgrims and travelers — many of them European Christians in disguise — have left behind lively and well-publicized accounts of life in Mecca and its associated shrine-city of Medina, where the Prophet lies buried. The stories of all these figures, holy men and heathens alike, come together in this book to offer a remarkably revealing literary portrait of the city’s traditions and urban life and of the surrounding area. Closely following the publication of F. E. Peters’s The Hajj (Princeton, 1994), which describes the perilous pilgrimage itself from the travelers’ perspectives, this collection of writings and commentary completes the historical travelogue. The accounts begin with the Muslims themselves, in the patriarchal age of Abraham and Ishmael, and trace the sometimes glorious and sometimes sad history of Islam’s central shrine down to the last Grand Sharif of Mecca, Husayn ibn Ali, whose fragile kingdom was overtaken by the House of Sa`ud in 1926. Because of chronic flooding and constant rebuilding, there is little or no material evidence for the early history of Islam’s holy cities. By assembling, analyzing, and fashioning these literary accounts of Mecca, however, Peters supplies us with a vivid sense of place and human interaction, much as he did in his widely acclaimed Jerusalem (Princeton, 1985).

"Full of informative detail, and with substantial notes and bibliography, [Peters'] work is a true scholar's guidebook to further study."—Library Journal

"[F. E.] Peters . . . has constructed an entertaining and highly informative record of the vicissitudes of Mecca and Medina throughout the ages."—J. B. Kelly, National Review

"The author ... has sought to assemble, arrange, and explain the accounts of Muslims as well as non-Muslims—from sincere to fraudulent—about the Holy Land.... F. E. Peters has definitely succeeded in accomplishing his goal.... [He] has definitely done an outstanding job of explaining the accounts of various travelers to the Holy Land."—The Historian