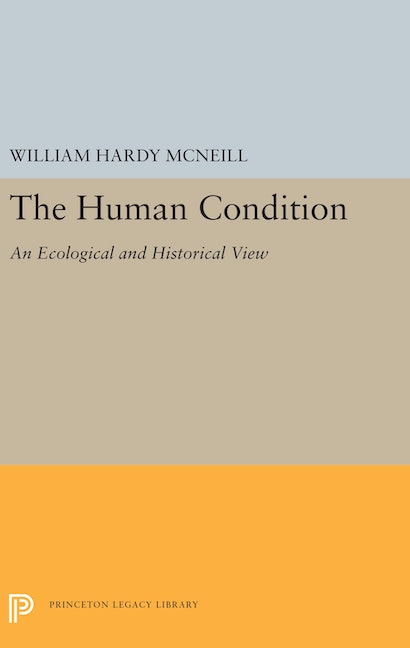 A distinguished scholar and the well-known author of The Rise of the West and Plagues and Peoples, William McNeill has won widespread recgonition for his ideas on the role of disease in history. In this elegantly and incisively written work, originally delivered as the Bland-Lee Lactures at Clark University, he provides a provocative interpretation in world history using the concept of parasitism. By comparing the biological organisms that compete with human beings for food or feed directly upon them (“microparasites”) with those people or groups who seize goods or compel services from other human beings (“macroparasites”), Professor McNeill shows how changes in the patterns of parasitism have affected human populations in different regions of the world throughout history.
The author identifies three landmarks of human ecological history when systematic changes in the balances between microparasites and macroparasites occured: the advance of our ancestors to the apex of the food chain, the human penetration of the colder and dryer zones of the earth, and the establishment of the agriculture. In an espeically revealing discussion of this last landmark, he shows how human efforts to achieve successful farming increased human vulnerability to infection. Irrigation and the use of the plow created sewage and water supply problems that in turn brought on new and intensified forms of parasites. In addition, food harvested and store for use throughout the year became vulnerable to rats, mice, insects, and molds.
These advances not only increased the number and variety of microparasites; they also opened the way for macroparasites, that is, the transfer of food by those who produce it to those who produce it to those who consume it without themselves having worked in the fields. What then began as a symbiotic relationship quickly became an exploitative one. As the author points out, the high yield and dependability of irrigation plowing tied farmers to the land quite effectually and made such populations easy targets for tax and rent collectors. Hence human society in its civilized form came to be fundamentally divided between hosts and parasites, the ruled and the rulers.
Against this conceptual background of the enveloping balances between microparasites and macroparasites that have limited human access to food and energy, Profesor McNeill draws a new historical picture of the human condition. In doing so, he considers the development of command versus market economics in the mobilization of human and material resources, and speculates about the direction in which these resources are coordinated today.
William H. McNeill is Robert A. Millikan Distinguished Service Professor of History at the University of Chicago.