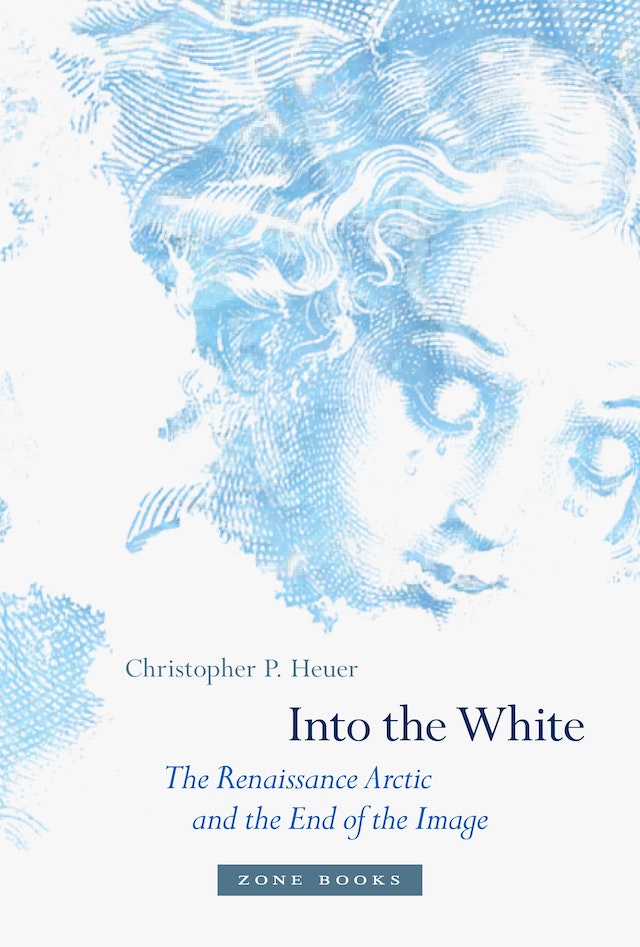 European narratives of the Atlantic New World tell stories of people and things: strange flora, wondrous animals, and sun-drenched populations for Europeans to mythologize or exploit. Yet between 1500 and 1700 one region upended all of these conventions in travel writing, science, and, most unexpectedly, art: the Arctic. Icy, unpopulated, visually and temporally “abstract,” the far North – a different kind of terra incognita for the Renaissance imagination – offered more than new stuff to be mapped, plundered, or even seen. Neither a continent, an ocean, nor a meteorological circumstance, the Arctic forced visitors from England, the Netherlands, Germany, and Italy, to grapple with what we would now call a “nonsite,” spurring dozens of previously unknown works, objects, and texts – and this all in an intellectual and political milieu crackling with Reformation debates over art’s very legitimacy.

Into the White uses five case studies to probe how the early modern Arctic (as site, myth, and ecology) affected contemporary debates of perception and matter, of representation, discovery, and the time of the earth – long before the nineteenth century romanticized the polar landscape. In the far North, this book contends, the Renaissance exotic became something far stranger than the marvelous or the curious, something darkly material and unmasterable, something beyond the idea of image itself.

“A rigorous and innovative study of sixteenth-century attitudes toward the Arctic, Into the White is broadly and seamlessly interdisciplinary – treating religion, environmental history, print history, book history, art history navigational history, philosophy – but never subordinates the visual or treats images as mere illustrations of other concerns. Its dexterity with both sixteenth- and twentieth/twenty-first century art is remarkable. While deploying a rigorous attention to the material and historical specificity of the sixteenth century, it gets at the heart of the most urgent questions of spatial history and representation animating contemporary scholarship.”—Jennifer L. Roberts, Elizabeth Cary Agassiz Professor of the Humanities, Harvard University

“To the extent that the Renaissance moment of perspective and iconoclasm also saw the emergence of a global economy, Into the White is a critique of a capitalist poetics that is always in search of meaning, confident in its capacity to navigate a world in which nature is always available for representation and exploitation. The Arctic, Heuer argues, rightly perceived, disrupts confidence in the flow of meaning and capital. Indeed it disrupts ‘right perceiving’. Anamorphosis is Heuer’s brilliant path into an arctic that cannot be seen properly in relation to a perspectival humanist rationalism. The Arctic is the landscape of otherness that western modernity never quite resolved into a landscape.”—Michael Gaudio, Professor of Art History, University of Minnesota

“For early modern European explorers, the Arctic presented both a physical and an epistemological challenge, as unseeable and ungraspable as the invisible God. Into the White elegantly captures how the Arctic confounded vision, geographic knowledge, and humanistic verities. Moving fluently across time periods, and making a major contribution to conversations about globalism, art, and ecology, Heuer challenges the complacent understanding of ‘the global Renaissance’ and generates new ways of thinking across disciplinary boundaries.”—Rebecca E. Zorach, Mary Jane Crowe Professor in Art and Art History, Northwestern University