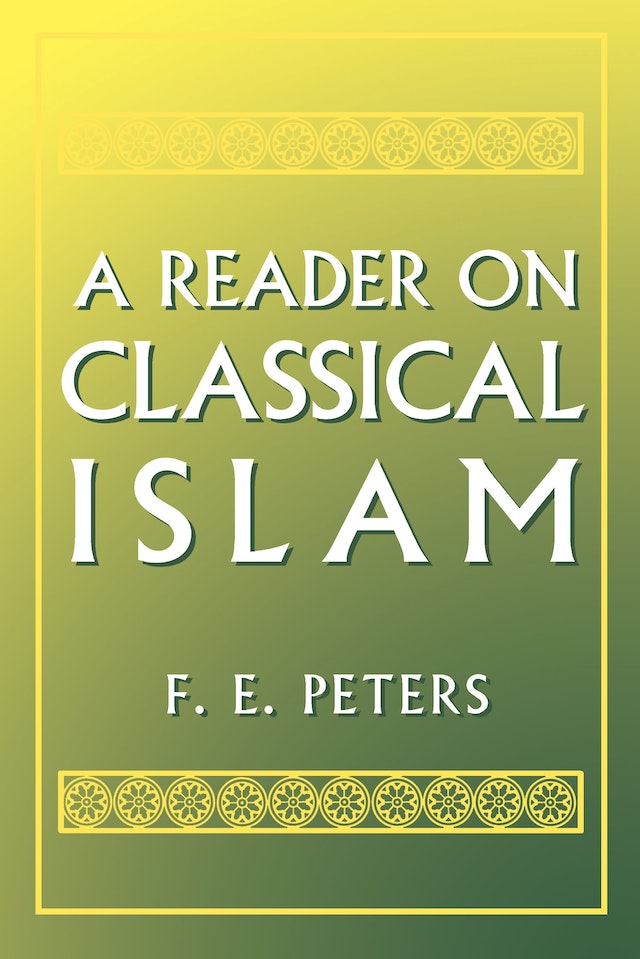 To enable the reader to shape, or perhaps reshape, an understanding of the Islamic tradition, F. E. Peters skillfully combines extensive passages from Islamic texts with a fascinating commentary of his own. In so doing, he presents a substantial body of literary evidence that will enable the reader to grasp the bases of Muslim faith and, more, to get some sense of the breadth and depth of Islamic religious culture as a whole. The voices recorded here are those of Muslims engaged in discourse with their God and with each other — historians, lawyers, mystics, and theologians, from the earliest Companions of the Prophet Muhammad down to Ibn Rushd or “Averroes” (d. 1198), al-Nawawi (d. 1278), and Ibn Khaldun (d. 1406). These religious seekers lived in what has been called the “classical” period in the development of Islam, the era when the exemplary works of law and spirituality were written, texts of such universally acknowledged importance that subsequent generations of Muslims gratefully understood themselves as heirs to an enormously broad and rich legacy of meditation on God’s Word.


“Islam” is a word that seems simple to understand. It means “submission,” and, more specifically in the context where it first and most familiarly appears, “submission to the will of God.” That context is the Quran, the Sacred Book of the Muslims, from which flow the patterns of belief and practice that today claim the spiritual allegiance of hundreds of millions around the globe. By drawing on the works of the great masters — Islam in its own words — Peters enriches our understanding of the community of “those who have submitted” and their imposing religious and political culture, which is becoming ever more important to the West.

F. E. Peters is Professor of Near Eastern Languages and Literatures and History at New York University and the author of many books on Islam, including The Hajj (forthcoming from Princeton).

"For a text to use in an introductory course on Islam, this volume would make an excellent choice. Islam is presented here as understood by Muslims themselves, and where Muslims themselves are in disagreement."—MESA Bulletin