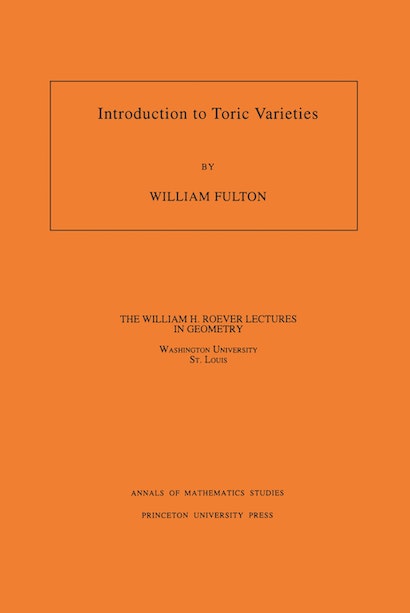 
The aim of this mini-course is to develop the foundations of the study of toric varieties, with examples, and describe some of these relations and applications. The text concludes with Stanley’s theorem characterizing the numbers of simplicies in each dimension in a convex simplicial polytope. Although some general theorems are quoted without proof, the concrete interpretations via simplicial geometry should make the text accessible to beginners in algebraic geometry.

William Fulton is Professor of Mathematics at the University of Chicago.