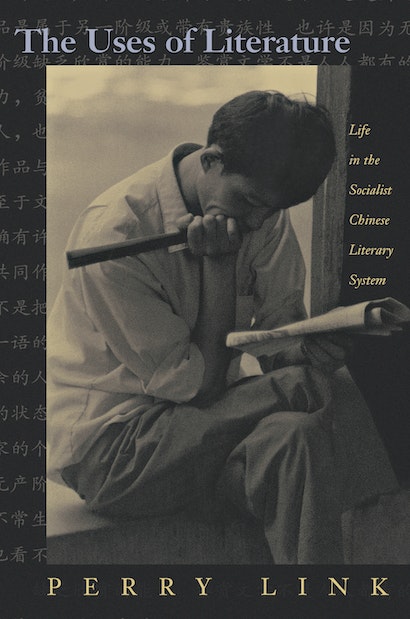 Why do people in socialist China read and write literary works? Earlier studies in Western Sinology have approached Chinese texts from the socialist era as portraits of society, as keys to the tug-of-war of dissent, or, more recently, as pursuit of “pure art.” The Uses of Literature looks broadly and empirically at these and many other “uses” of literature from the points of view of authors, editors, political authorities, and several kinds of readers. Perry Link, author of Evening Chats in Beijing, considers texts ranging from elite “misty” poetry to underground hand-copied volumes (shouchauben) and shows in concrete detail how people who were involved with literature sought to teach, learn, enjoy, explore, debate, lead, control, and resist.


Using the late 1970s and early 1980s as an entree to the workings of China’s “socialist literary system,” the author shows how that system held sway from 1950 until around 1990, when an encroaching market economy gradually but fundamentally changed it. In addition to providing a definitive overview of how the socialist Chinese literary system worked, Link offers comparisons to the similar system in the Soviet Union. In the final chapter, the book seeks to explain how the word “good” was used and understood when applied to literary works in such systems.


Combining aspects of cultural and literary studies, The Uses of Literature will reward anyone interested in the literature of modern China or how creativity is affected by a “socialist literary system.”

Perry Link is Professor of East Asian Studies at Princeton University, where he teaches modern Chinese language, literature, and cultural history. His books include Mandarin Ducks and Butterflies and Evening Chats in Beijing.

"The definitive social and intellectual history of China's early post-Mao socialist literary system . . . This book doubles as the most revealing, systematic, and readable guide yet to Chinese literary institutions, thought, tastes, reader-ruler relations for the whole communist period."—Choice

"In his new, densely packed, and fascinating book, Professor Link has moved from describing the plight of Chinese intellectuals to an account of what books and publications the Chinese read and why. . .The members of the Chinese reading public are hardly known in the West. In The Uses of Literature, they are perceptively described . . . Professor Link provides the best description and analysis I have read of how literary controls have been imposed during the last five decades."—Jonathan Mirsky, New York Review of Books

"Link is too astute to be a true believer of any literary ideology, East or West. . . . The historical background he provides, however, will enable all critics of contemporary Chinese literature to do their work with far greater accuracy and insight."—Timothy C. Wong, World Literature Today

"The Uses of Literature will prove a wonderfully useful book, not only to those of us in the field, who will relish the fine detail and strong description, but to the more general audience who seeks to understand the complexities of the socialist literary system."—Kirk A. Denton, Harvard Journal of Asiatic Studies