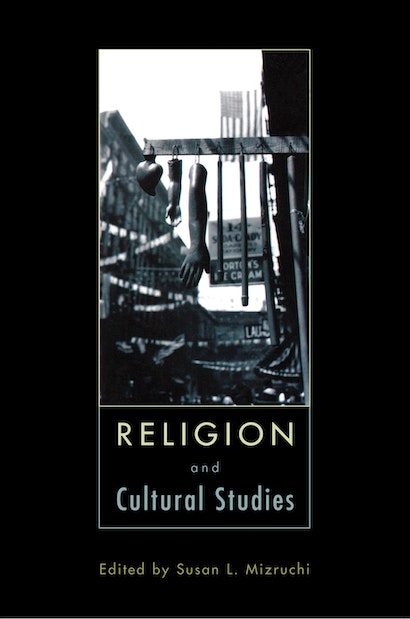 Americans have never been more religious than they are now, at the dawn of the twenty-first century. By all reports, attendance rates at traditional places of worship are high and rising; the influx of new immigrant religions has revitalized standard faiths and drawn in those who had strayed from them. Popular television shows like “The Simpsons” feature characters who go to church every Sunday and speak to God; special events, like the 1998 outdoor mass in Worcester, Massachusetts, for a comatose girl believed to have miraculous powers, attract thousands of people.


This collection is both part of this ferment and an intellectual reflection upon it. Religion and Cultural Studies features essays by major scholars from the fields of anthropology, history, literary criticism, and religion in order to enrich critical discourse about religion and culture. Despite the variety of disciplines represented by this group of scholars and the variety of cultures explored in their essays — from fifteenth-century Flemish asceticism and nineteenth-century African-American spiritualism to Russian blood-libel trials and Alien Abduction Reports in the twentieth century — their common ground is the question of religion’s place in current American academic analysis, and more broadly in American life today. The volume’s range of vocabulary and subject matter is aimed at vitalizing scholarly interest in the field of religion and cultural studies and deepening intellectual inquiry in the contemporary academy.

Susan L. Mizruchi is Professor of English and American Studies at Boston University. She is the author of The Power of Historical Knowledge: Narrating the Past in Hawthorne, James, and Dreiser and The Science of Sacrifice: American Literature and Modern Social Theory (both Princeton). She is a Guggenheim fellow for 2001-2001.

"An eclectic and curiously framed collection that brings together essays of genuine vibrancy."—Leigh E. Schmidt, The Journal of American History

"A compelling book that will contribute significantly to the revitalization of academic religious studies. What makes this collection particularly welcome and distinctive is not only its tone of sympathetic engagement but also the imaginative reach and mobility of its essays. From Jonathan Z. Smith's discussion of alien encounters to Jack Miles's sensitive account of John Cage's 'silent' compositions, this book deploys the techniques of cultural studies to clarify rather than obfuscate and to deepen rather than trivialize."—Andrew Delbanco, Columbia University