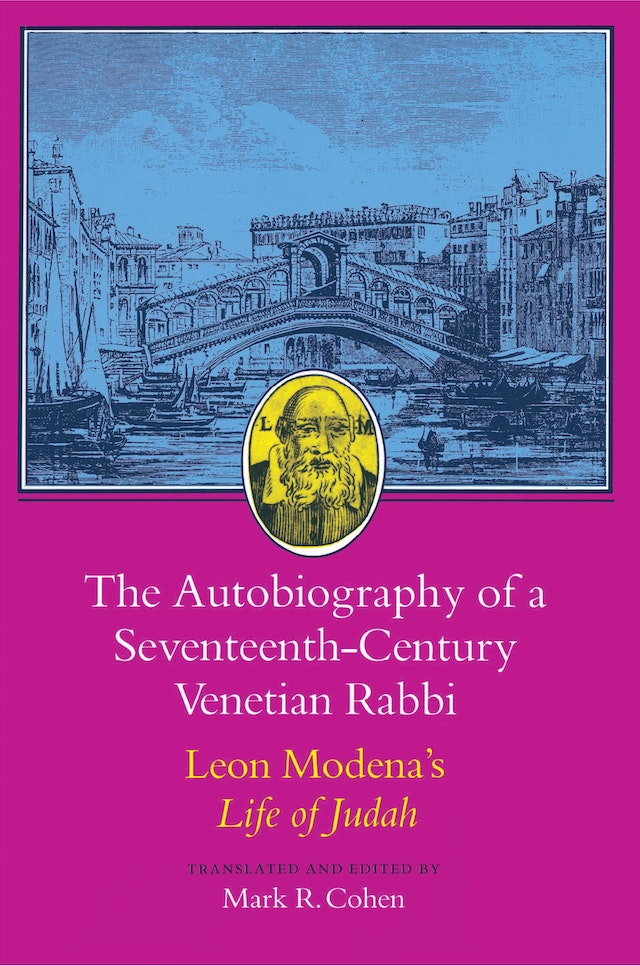 Leon (Judah Aryeh) Modena was a major intellectual figure of the early modern Italian Jewish community — a complex and intriguing personality who was famous among contemporary European Christians as well as Jews. Modena (1571-1648) produced an autobiography that documents in poignant detail the turbulent life of his family in the Jewish ghetto of Venice. The text of this work is well known to Jewish scholars but has never before been translated from the original Hebrew, except in brief excerpts. This complete translation, based on Modena’s autograph manuscript, makes available in English a wealth of historical material about Jewish family life of the period, religion in daily life, the plague of 1630-1631, crime and punishment, the influence of kabbalistic mysticism, and a host of other subjects. The translator, Mark R. Cohen, and four other distinguished scholars add commentary that places the work in historical and literary context. Modena describes his fascination with the astrology and alchemy that were important parts of the Jewish and general culture of the seventeenth century. He also portrays his struggle against poverty and against compulsive gambling, which, cleverly punning on a biblical verse, he called the “sin of Judah.” In addition, the book contains accounts of Modena’s sorrow over his three sons: the death of the eldest from the poisonous fumes of his own alchemical laboratory, the brutal murder of the youngest, and the exile of the remaining son. The introductory essay by Mark R. Cohen and Theodore K. Rabb highlights the significance of the work for early modern Jewish and general European history. Howard E. Adelman presents an up-to-date biographical sketch of the author and points the way toward a new assessment of his place in Jewish history. Natalie Z. Davis places Modena’s work in the context of European autobiography, both Christian and Jewish, and especially explores the implications of the Jewish status as outsider for the privileged exploration of the self. A set of historical notes, compiled by Howard Adelman and Benjamin C. I. Ravid, elucidates the text.