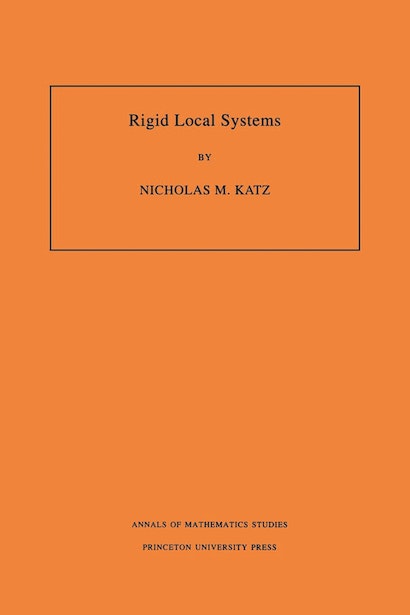 Riemann introduced the concept of a “local system” on P1-{a finite set of points} nearly 140 years ago. His idea was to study nth order linear differential equations by studying the rank n local systems (of local holomorphic solutions) to which they gave rise. His first application was to study the classical Gauss hypergeometric function, which he did by studying rank-two local systems on P1- {0,1,infinity}. His investigation was successful, largely because any such (irreducible) local system is rigid in the sense that it is globally determined as soon as one knows separately each of its local monodromies. It became clear that luck played a role in Riemann’s success: most local systems are not rigid. Yet many classical functions are solutions of differential equations whose local systems are rigid, including both of the standard nth order generalizations of the hypergeometric function, n
F
n-1’s, and the Pochhammer hypergeometric functions.


Although the problems addressed here go back to Riemann, and seem to be problems in complex analysis, their solutions depend essentially on a great deal of very recent arithmetic algebraic geometry, including Grothendieck’s etale cohomology theory, Deligne’s proof of his far-reaching generalization of the original Weil Conjectures, the theory of perverse sheaves, and Laumon’s work on the l-adic Fourier Transform.

Nicholas M Katz is Professor of Mathematics at Princeton University.

"It is clear that this book presents highly important new views and results on the classical theory of complex linear differential equations."—Zentralblatt für Mathematik