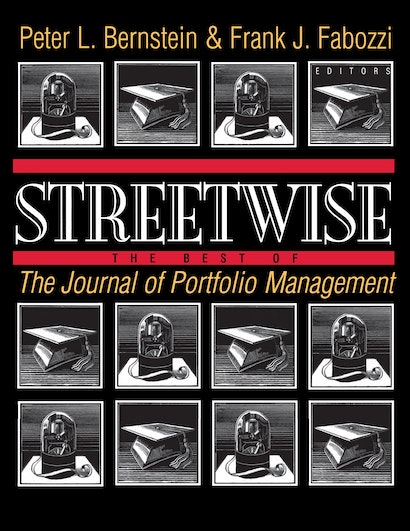 Streetwise brings together classic articles from the publication that helped revolutionize the way Wall Street does business. During the recession of the early 1970s, investment professionals turned to the theories of a small band of mathematical economists, whose ideas on such topics as portfolio development and risk management eventually led to the reform and maintenance of entire economies. This was the first time economists and practitioners had joined forces to such remarkable effect. Economist and money manager Peter Bernstein sought to encourage this exchange when, in 1974, he founded The Journal of Portfolio Management (JPM). For this present volume, Bernstein and JPM editor Frank Fabozzi have selected forty-one of the most influential articles to appear in the journal over the past twenty-five years, some of them written by Nobel laureates and all aimed at stimulating dialogue between academic economists wishing to understand the real-world problems of finance and investment professionals wanting to bring the most advanced theoretical work to bear on commerce.

Financial economics is a youthful but vital field. Streetwise not only reflects its fascinating history but through articles on topics ranging from stock prices and risk management to bonds and real estate also offers relevant insights for today.

"[This] volume of outstanding articles. . .should attract both practitioners who want to know what is relevant and useful in financial theory and theoreticians who would like to see how theory is used in practice."—Harry M. Markowitz, 1990 Nobel Laureate in Economics