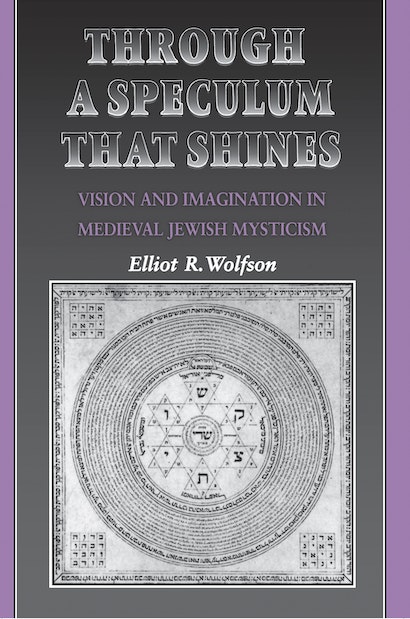 A comprehensive treatment of visionary experience in some of the main texts of Jewish mysticism, this book reveals the overwhelmingly visual nature of religious experience in Jewish spirituality from antiquity through the late Middle Ages. Using phenomenological and critical historical tools, Wolfson examines Jewish mystical texts from late antiquity, pre-kabbalistic sources from the tenth to the twelfth centuries, and twelfth- and thirteenth-century kabbalistic literature. His work demonstrates that the sense of sight assumes an epistemic priority in these writings, reflecting and building upon those scriptural passages that affirm the visual nature of revelatory experience. Moreover, the author reveals an androcentric eroticism in the scopic mentality of Jewish mystics, which placed the externalized and representable form, the phallus, at the center of the visual encounter.


In the visionary experience, as Wolfson describes it, imagination serves a primary function, transmuting sensory data and rational concepts into symbols of those things beyond sense and reason. In this view, the experience of a vision is inseparable from the process of interpretation. Fundamentally challenging the conventional distinction between experience and exegesis, revelation and interpretation, Wolfson argues that for the mystics themselves, the study of texts occasioned a visual experience of the divine located in the imagination of the mystical interpreter. Thus he shows how Jewish mystics preserved the invisible transcendence of God without doing away with the visual dimension of belief.

Elliot R. Wolfson is the Abraham Lieberman Professor of Hebrew and Judaic Studies at New York University, and Director of Religious Studies. He is the author of several books on the history of Jewish mysticism, including Along the Path: Studies in Kabbalistic Myth, Symbolism, and Hermeneutics and Circle in the Square: Studies in the Use of Gender in Kabbalistic Symbolism.

"Massive, magisterial. . . . Wolfson has amassed an impressive array of texts to establish the foundational importance of seeing God for Jewish mysticism . . . and his book formulates many questions that will undoubtedly occupy subsequent investigators as they grapple with the significance of its findings. . . . This book comprises a manifold contribution to our appreciation of Jewish mysticism and Jewish intellectual history in the Middle Ages."—Jeremy Cohen, American Historical Review

"Energy and excitement . . . burst forth from page after page of this remarkably wide-ranging yet tightly argued work. . . . Wolfson's work is scholarship in the grand tradition—sweeping in scope and references, precise in analysis and argumentation."—Everett Gendler, Theological Studies

"Arguing that kabalistic experience is first and foremost a visual rather than an aural experience . . . Wolfson traces the subject in rich detail, from its biblical origins through the mystical sources of the talmudic and posttalmudic era. . . . With the publication of this major study, Wolfson has confirmed his position as one of the leading students of medieval Jewish mysticism."—Choice

"Wolfson brilliantly shows that the visionary mode of religious experience is central to Jewish spirituality from antiquity through the late Middle Ages . . . . A landmark study from one of our most gifted scholars."—Elliot Ginsburg, University of Michigan

"The book is a dazzling accomplishment, a landmark study from one of our most gifted scholars."—Elliot Ginsburg, University of Michigan