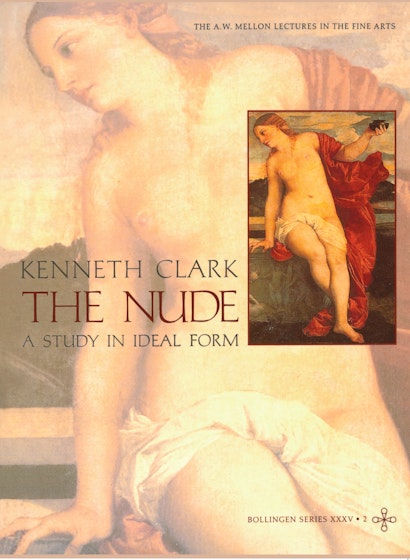 In this classic book, Kenneth Clark, one of the most eminent art historians of the twentieth century, examines the ever-changing fashion in what constitutes the ideal nude as a basis of humanist form, from the art of the ancient Greeks to that of Renoir, Matisse, and Henry Moore. The Nude reveals the sensitivity of aesthetic theory to fashion, what distinguishes the naked from the nude, and just why the nude has played such an important role in art history. As Clark writes, “The nude gains its enduring value from the fact that it reconciles several contrary states. It takes the most sensual and immediately interesting object, the human body, and puts it out of reach of time and desire; it takes the most purely rational concept of which man is capable, mathematical order, and makes it a delight to the senses; and it takes the vague fears of the unknown and sweetens them by showing that the gods are like men and may be worshipped for their life-giving beauty rather than their death-dealing powers.”

Kenneth Clark (1903–1983) was one of leading art historians of the twentieth century. Over the course of his career, he was director of the National Gallery in London, Slade Professor of Fine Arts at the University of Oxford, and chair of the Arts Council of Great Britain. He was the author of many books and was the presenter of the acclaimed BBC television series, Civilisation.

"Probably no one else alive today writes about art with Sir Kenneth Clark’s precise combination of intelligence, urbanity, and erudition, and certainly his talent has nowhere been better applied than in this volume. . . . This is an important book and a fascinating one."—The New Yorker

"A book which is as much a pleasure to read as it is informative and provocative. . . . [Clark's] command of the English language is rivaled only by the breadth of his curiosity and the sharpness of his visual memory."—New York Times

“The Nude will, in all probability, have a very considerable effect upon modern taste. I can’t imagine anyone reading it and not learning to look at the art of the past with bolder and more affectionate and more demanding eyes, and an unembarrassed readiness to accept the aesthetic propriety of an avowed ‘lived reality.’ ”—Lionel Trilling