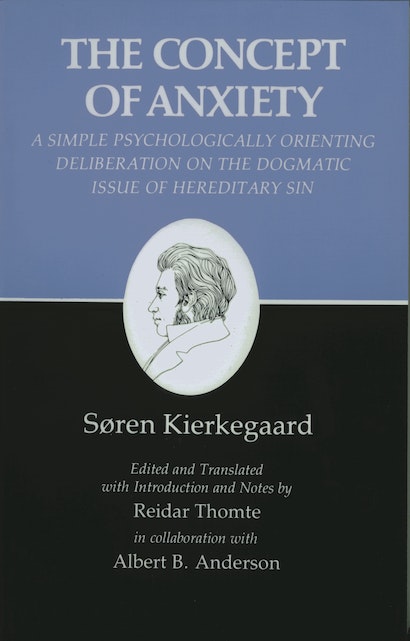 This edition replaces the earlier translation by Walter Lowrie that appeared under the title The Concept of Dread. Along with The Sickness unto Death, the work reflects from a psychological point of view Søren Kierkegaard’s longstanding concern with the Socratic maxim, “Know yourself.” His ontological view of the self as a synthesis of body, soul, and spirit has influenced philosophers such as Heidegger and Sartre, theologians such as Jaspers and Tillich, and psychologists such as Rollo May.

In The Concept of Anxiety, Kierkegaard describes the nature and forms of anxiety, placing the domain of anxiety within the mental-emotional states of human existence that precede the qualitative leap of faith to the spiritual state of Christianity. It is through anxiety that the self becomes aware of its dialectical relation between the finite and the infinite, the temporal and the eternal.