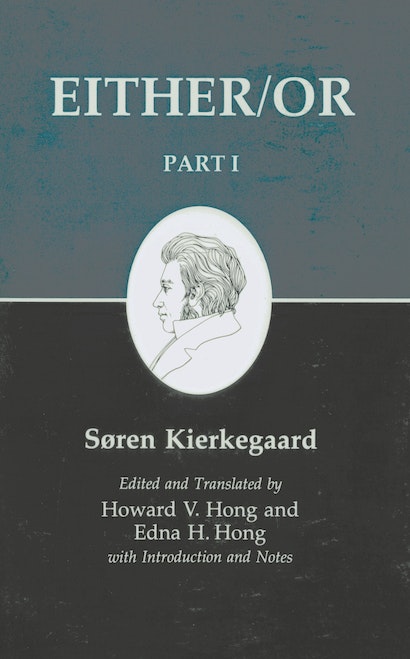 Søren Kierkegaard, the nineteenth-century Danish philosopher rediscovered in the twentieth century, is a major influence in contemporary philosophy, religion, and literature. He regarded Either/Or as the beginning of his authorship, although he had published two earlier works on Hans Christian Andersen and irony. The pseudonymous volumes of Either/Or are the writings of a young man (I) and of Judge William (II). The ironical young man’s papers include a collection of sardonic aphorisms; essays on Mozart, modern drama, and boredom; and “The Seducer’s Diary.” The seeming miscellany is a reflective presentation of aspects of the “either,” the esthetic view of life.

Part II is an older friend’s “or,” the ethical life of integrated, authentic personhood, elaborated in discussions of personal becoming and of marriage. The resolution of the “either/or” is left to the reader, for there is no Part III until the appearance of Stages on Life’s Way. The poetic-reflective creations of a master stylist and imaginative impersonator, the two men write in distinctive ways appropriate to their respective positions.