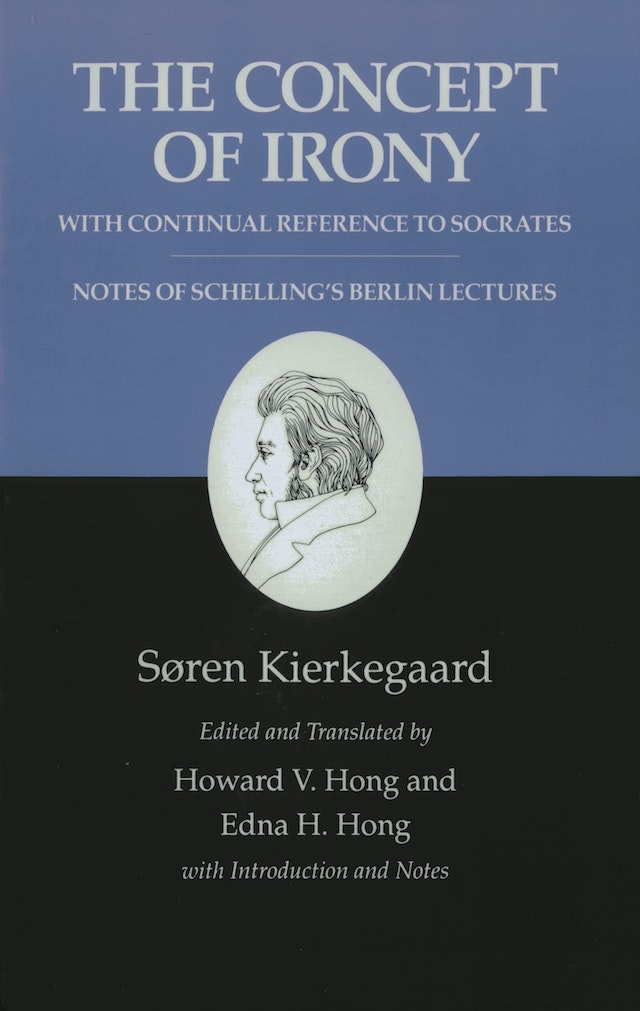 A work that “not only treats of irony but is irony,” wrote a contemporary reviewer of The Concept of Irony, with Continual Reference to Socrates. Presented here with Kierkegaard’s notes of the celebrated Berlin lectures on “positive philosophy” by F.W.J. Schelling, the book is a seedbed of Kierkegaard’s subsequent work, both stylistically and thematically. Part One concentrates on Socrates, the master ironist, as interpreted by Xenophon, Plato, and Aristophanes, with a word on Hegel and Hegelian categories. Part Two is a more synoptic discussion of the concept of irony in Kierkegaard’s categories, with examples from other philosophers and with particular attention given to A. W. Schlegel’s novel Lucinde as an epitome of romantic irony.

The Concept of Irony and the Notes of Schelling’s Berlin Lectures belong to the momentous year 1841, which included not only the completion of Kierkegaard’s university work and his sojourn in Berlin, but also the end of his engagement to Regine Olsen and the initial writing of Either/Or.