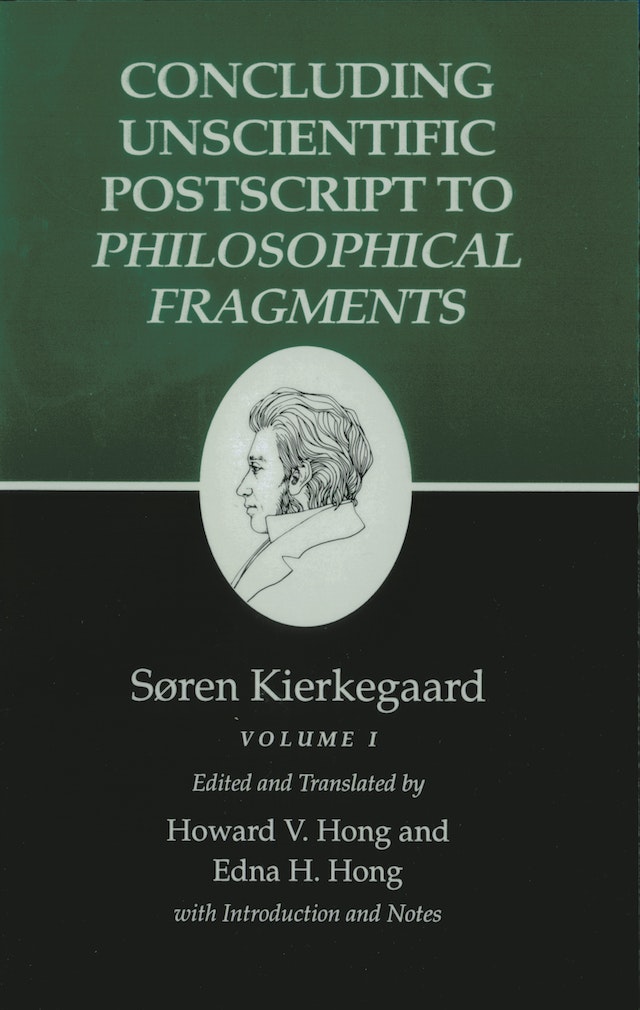 In Philosophical Fragments the pseudonymous author Johannes Climacus explored the question: What is required in order to go beyond Socratic recollection of eternal ideas already possessed by the learner? Written as an afterword to this work, Concluding Unscientific Postscript is on one level a philosophical jest, yet on another it is Climacus’s characterization of the subjective thinker’s relation to the truth of Christianity. At once ironic, humorous, and polemical, this work takes on the “unscientific” form of a mimical-pathetical-dialectical compilation of ideas. Whereas the movement in the earlier pseudonymous writings is away from the aesthetic, the movement in Postscript is away from speculative thought. Kierkegaard intended Postscript to be his concluding work as an author. The subsequent “second authorship” after The Corsair Affair made Postscript the turning point in the entire authorship. Part One of the text volume examines the truth of Christianity as an objective issue, Part Two the subjective issue of what is involved for the individual in becoming a Christian, and the volume ends with an addendum in which Kierkegaard acknowledges and explains his relation to the pseudonymous authors and their writings. The second volume contains the scholarly apparatus, including a key to references and selected entries from Kierkegaard’s journals and papers.