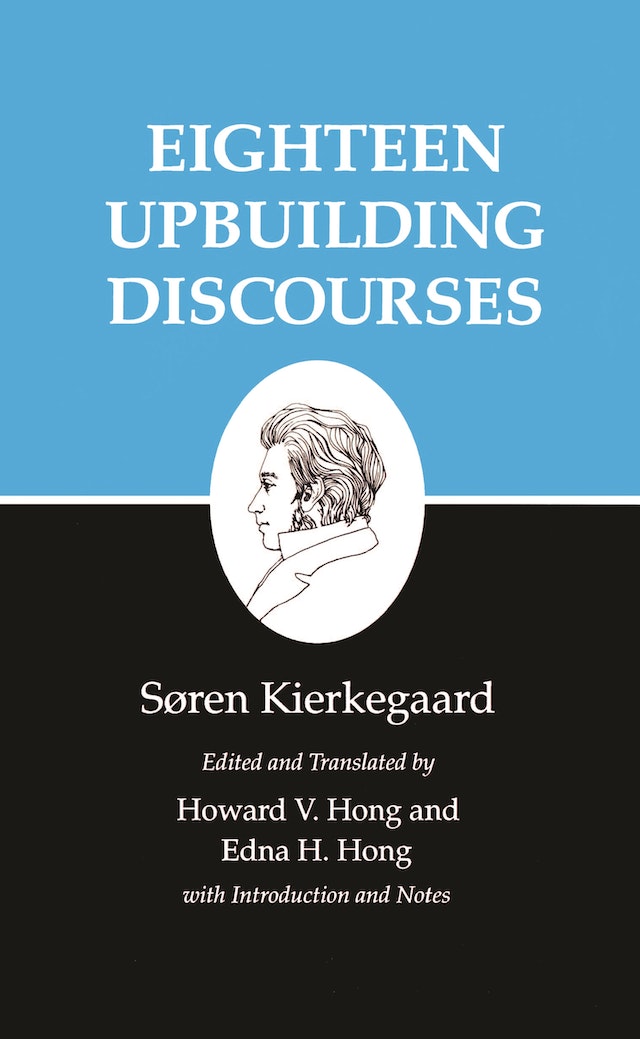 There is much to be learned philosophically from this volume, but philosophical instruction was not Kierkegaard’s aim here, except in the broad sense of self-knowledge and deepened awareness. Indicating the intention of the discourses, the titles include “The Expectancy of Faith,” “Love Will Hide a Multitude of Sins,” “Strengthening in the Inner Being,” “To Gain One’s Soul in Patience,” “Patience in Expectancy,” and “Against Cowardliness.”


In tone and substance these works are in accord with the concluding words of encouragement in Either/Or, which was paired with the first volume of discourses: “Ask yourself and keep on asking until you find the answer, for one may have known something many times, acknowledged it; one may have willed something many times, attempted it — and yet, only the deep inner motion, only the heart’s indescribable emotion, only that will convince you that what you have acknowledged belongs to you, that no power can take it from you — for only the truth that builds up is truth for you.”