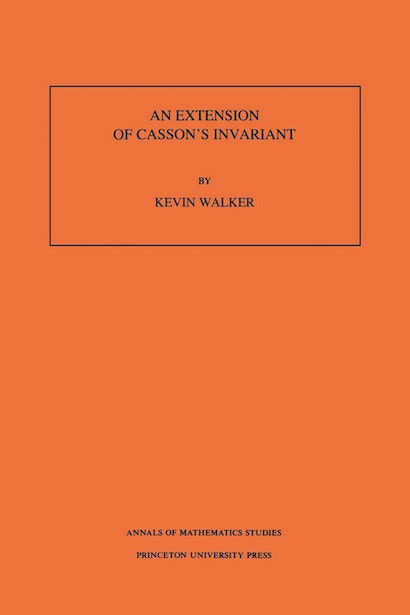 This book describes an invariant, l, of oriented rational homology 3-spheres which is a generalization of work of Andrew Casson in the integer homology sphere case. Let R(X) denote the space of conjugacy classes of representations of p(X) into SU(2). Let (W,W,F) be a Heegaard splitting of a rational homology sphere M. Then l(M) is declared to be an appropriately defined intersection number of R(W) and R(W) inside R(F). The definition of this intersection number is a delicate task, as the spaces involved have singularities.


A formula describing how l transforms under Dehn surgery is proved. The formula involves Alexander polynomials and Dedekind sums, and can be used to give a rather elementary proof of the existence of l. It is also shown that when M is a Z-homology sphere, l(M) determines the Rochlin invariant of M.

"[This is] a monograph describing Walker's extension of Casson's invariant to Q HS . . . This is a fascinating subject and Walker's book is informative and well written . . . it makes a rather pleasant introduction to a very active area in geometric topology."—Bulletin of the American Mathematical Society