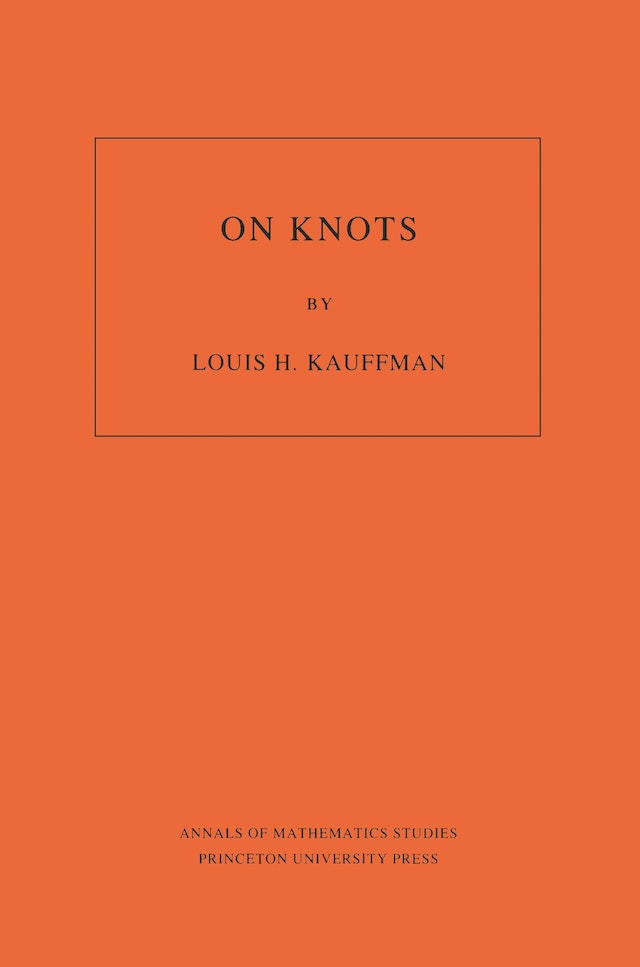 On Knots is a journey through the theory of knots, starting from the simplest combinatorial ideas — ideas arising from the representation of weaving patterns. From this beginning, topological invariants are constructed directly: first linking numbers, then the Conway polynomial and skein theory. This paves the way for later discussion of the recently discovered Jones and generalized polynomials. The central chapter, Chapter Six, is a miscellany of topics and recreations. Here the reader will find the quaternions and the belt trick, a devilish rope trick, Alhambra mosaics, Fibonacci trees, the topology of DNA, and the author’s geometric interpretation of the generalized Jones Polynomial.

Then come branched covering spaces, the Alexander polynomial, signature theorems, the work of Casson and Gordon on slice knots, and a chapter on knots and algebraic singularities.The book concludes with an appendix about generalized polynomials.

"On Knots is chatty, and very pleasant for browsing. There are lots of wonderful illustrations and a wealth of detail from the author's bag of tricks, gathered over the years, relating to the combinatorics of knot diagrams and also to Seifert pairings, cobordism, signature invariants (several different ones), the Arf invariant, and the ubiquitous Alexander polynomial. There are many challenges to the reader to explore combinatorial patterns, which makes the book stimulating."—American Mathematical Society