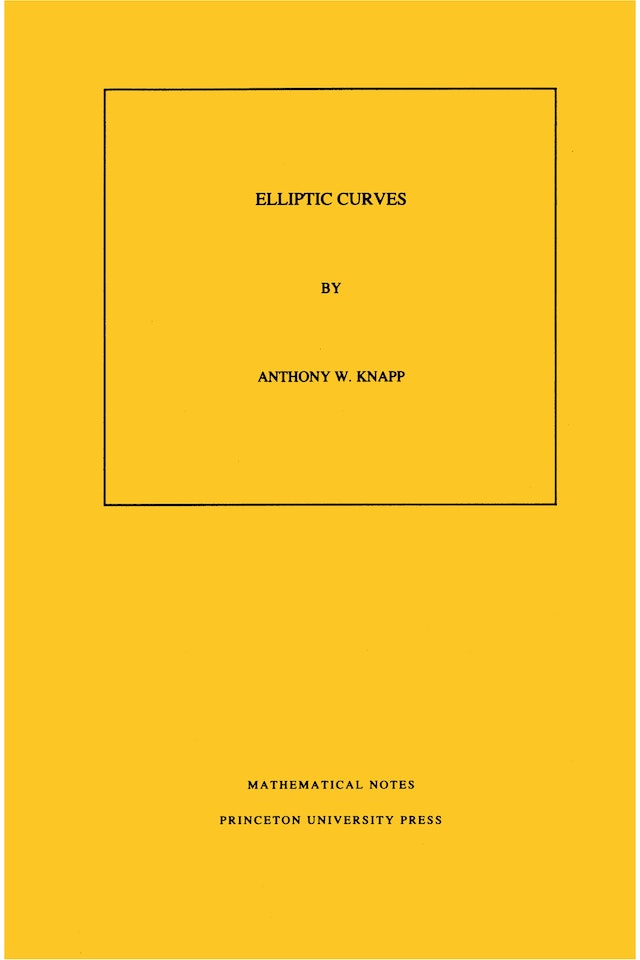 An elliptic curve is a particular kind of cubic equation in two variables whose projective solutions form a group. Modular forms are analytic functions in the upper half plane with certain transformation laws and growth properties. The two subjects — elliptic curves and modular forms — come together in Eichler-Shimura theory, which constructs elliptic curves out of modular forms of a special kind. The converse, that all rational elliptic curves arise this way, is called the Taniyama-Weil Conjecture and is known to imply Fermat’s Last Theorem.


Elliptic curves and the modeular forms in the Eichler- Shimura theory both have associated L functions, and it is a consequence of the theory that the two kinds of L functions match. The theory covered by Anthony Knapp in this book is, therefore, a window into a broad expanse of mathematics — including class field theory, arithmetic algebraic geometry, and group representations — in which the concidence of L functions relates analysis and algebra in the most fundamental ways.

Anthony W. Knapp is Professor of Mathematics at the University of New York, Stony Brook. He is the author of Representation Theory of Semisimple Groups: An Overview Based on Examples and Lie Groups, Lie Algebras, and Cohomology (both published by Princeton University Press).