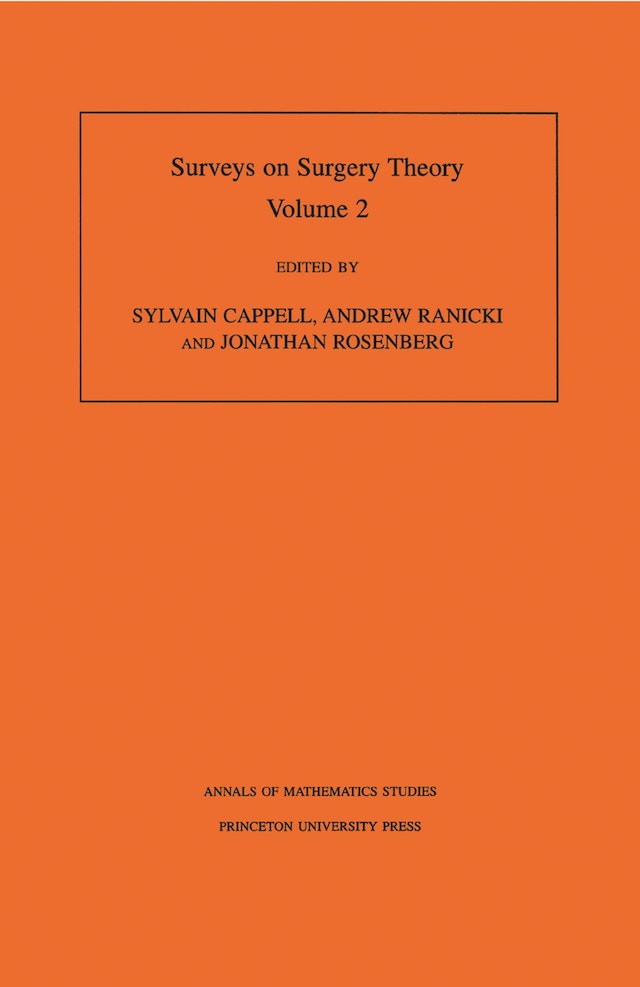 Surgery theory, the basis for the classification theory of manifolds, is now about forty years old. The sixtieth birthday (on December 14, 1996) of C.T.C. Wall, a leading member of the subject’s founding generation, led the editors of this volume to reflect on the extraordinary accomplishments of surgery theory as well as its current enormously varied interactions with algebra, analysis, and geometry.


Workers in many of these areas have often lamented the lack of a single source surveying surgery theory and its applications. Because no one person could write such a survey, the editors asked a variety of experts to report on the areas of current interest. This is the second of two volumes resulting from that collective effort. It will be useful to topologists, to other interested researchers, and to advanced students. The topics covered include current applications of surgery, Wall’s finiteness obstruction, algebraic surgery, automorphisms and embeddings of manifolds, surgery theoretic methods for the study of group actions and stratified spaces, metrics of positive scalar curvature, and surgery in dimension four.