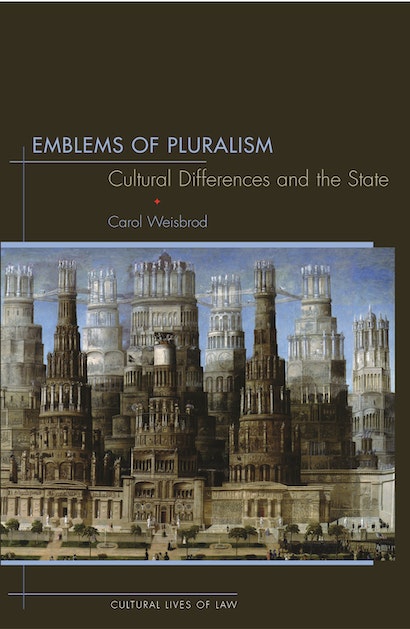 From outlawing polygamy and mandating public education to protecting the rights of minorities, the framing of group life by the state has been a subject of considerable interest and controversy throughout the history of the United States. The subject continues to be important in many countries. This book deals with state responses to cultural difference through the examination of a number of encounters between individuals, groups, and the state, in the United States and elsewhere. The book opens the concepts of groups and the state, arguing for the complexity of their relations and interpenetrations.


Carol Weisbrod draws on richly diverse historical and cultural material to explore various structures that have been seen as appropriate for adjusting relations between states and internal groups. She considers the experience of the Mormons, the Amish, and Native Americans in the United States, the Mennonites in Germany, and the Jews in Russia to illustrate arrangements and accommodations in different times and places. The Minorities Treaties of the League of Nations, political federalism, religious exemptions, nonstate schools, and rules about adoption are among the mechanisms discussed that sustain cultural difference and create frameworks for group life, and, finally, individual life. At bottom, Emblems of Pluralism concerns not only relations between the state and groups, public and private, but also issues of identity and relations between the self and others.

Carol Weisbrod is Ellen Ash Peters Professor of Law at the University of Connecticut. She is the author of The Boundaries of Utopia and Butterfly, the Bride and coauthor of a casebook on Family Law.

"In this rich and wide-ranging book, the reader is likely to encounter some stories that are thought-provoking, some of that were previously unfamiliar, and some that put old disputes in a new light."—Keith E. Whittington, The Law and Politics Book Review

"This is an impressive, at times magisterial, book. It provides an unusually sophisticated argument about relations among groups, the state, and law. Forging connections among subjects usually left unconnected, Weisbrod brings together the vertical and horizontal dimensions of the argument about cultural difference and the law. She provides a compelling read and a panoramic view of what she calls the 'negotiation of social uncertainties' that is at the heart of the question of pluralism."—Austin Sarat, author of When the State Kills

"Emblems of Pluralism is an imaginative and thought-provoking study. Weisbrod sensitively examines differing views of the relationship between the state and the groups and communities that shape our experience of everyday life. Navigating between prominent and obscure historical figures and between landmark Supreme Court decisions and little-known cases, this important book challenges the reader to reconsider conventional ideas about pluralism and the law."—David Engel, Director, Christopher Baldy Center for Law and Social Policy, SUNY Buffalo