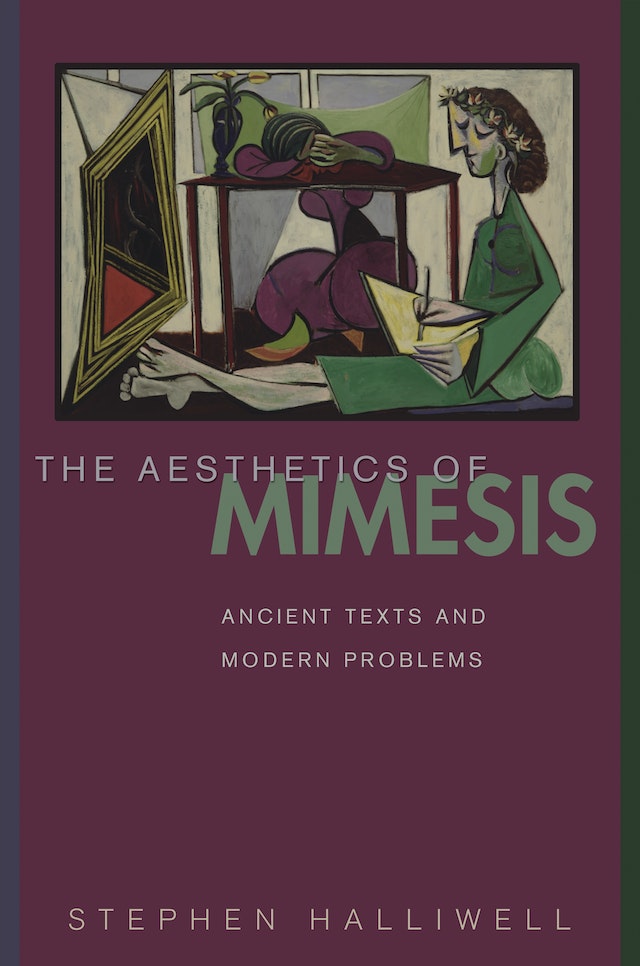 Mimesis is one of the oldest, most fundamental concepts in Western aesthetics. This book offers a new, searching treatment of its long history at the center of theories of representational art: above all, in the highly influential writings of Plato and Aristotle, but also in later Greco-Roman philosophy and criticism, and subsequently in many areas of aesthetic controversy from the Renaissance to the twentieth century. Combining classical scholarship, philosophical analysis, and the history of ideas — and ranging across discussion of poetry, painting, and music — Stephen Halliwell shows with a wealth of detail how mimesis, at all stages of its evolution, has been a more complex, variable concept than its conventional translation of “imitation” can now convey.


Far from providing a static model of artistic representation, mimesis has generated many different models of art, encompassing a spectrum of positions from realism to idealism. Under the influence of Platonist and Aristotelian paradigms, mimesis has been a crux of debate between proponents of what Halliwell calls “world-reflecting” and “world-simulating” theories of representation in both the visual and musico-poetic arts. This debate is about not only the fraught relationship between art and reality but also the psychology and ethics of how we experience and are affected by mimetic art.


Moving expertly between ancient and modern traditions, Halliwell contends that the history of mimesis hinges on problems that continue to be of urgent concern for contemporary aesthetics.

Stephen Halliwell is Professor of Greek at the University of St. Andrews, Scotland. His books include Aristotle's Poetics, the new Loeb translation of the Poetics, Plato: Republic 10, Plato: Republic 5, and Aristophanes: Birds and Other Plays.

"Halliwell has given the cognitivist position a highly nuanced, philosophically sophisticated version that will command the attention of scholars of classical and Western literary criticism."—Andrew Ford, Bryn Mawr Classical Review

"A magisterial survey . . . immensely learned and meticulously argued. . . . [It] will be indispensable to any future discussion of art and representation in classical antiquity."—David Konstan, The Philosophical Quarterly

"With wide-ranging erudition, bold philosophical insight, and a vibrant aesthetic sensibility, Stephen Halliwell demonstrates that the ancient Greek tradition of arguing about mimesis is not the crude and single-minded defense of literal copying that many have seen in it. It is, rather, a highly complex tradition of debate and contestation, in which questions of foundational importance about artistic meaning are repeatedly confronted. Moving with graceful assurance from Plato and Aristotle to contemporary reworkings of the tradition by Brecht and Adorno, Barthes and Derrida, Halliwell shows us the depth and fertility of classical arguments. A stunning achievement, which will define the subject for many generations."—Martha C. Nussbaum, The University of Chicago

"Halliwell addresses central topics in the history of aesthetics with continuing echoes in current debates. The scholarship is impeccable, the writing is clear, the histories are illuminating, the theoretical views are intriguing, and the scope is most impressive. I do not know of any comparable book that succeeds at combining scholarship with history and original thought."—Cynthia Freeland, University of Houston

"We have not seen a comprehensive study of the classical concepts of mimesis, nor has anyone shown the place of mimesis in the history of aesthetics, nor has anyone argued generally for the usefulness of the concept to contemporary theory. Art and philosophy in the twentieth century were hostile to the idea that art is mimesis, and ancient Greek theories have seemed quaint to modern eyes. Halliwell may, through this book, be on the cutting edge of a revolution in thinking."—Paul Woodruff, University of Texas, Austin