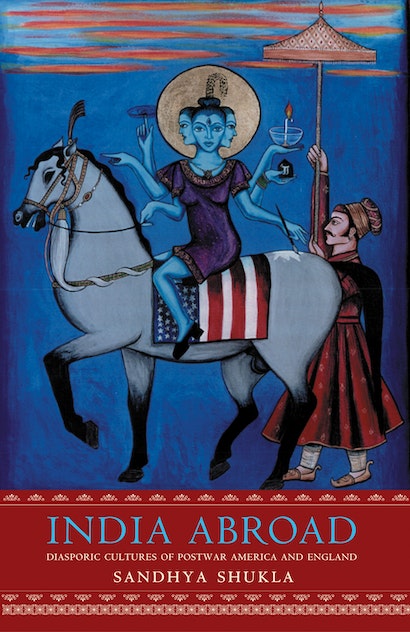 India Abroad analyzes the development of Indian diasporas in the United States and England from 1947, the year of Indian independence, to the present. Across different spheres of culture — festivals, entrepreneurial enclaves, fiction, autobiography, newspapers, music, and film — migrants have created India as a way to negotiate life in the multicultural United States and Britain. Sandhya Shukla considers how Indian diaspora has become a contact zone for various formations of identity and discourses of nation. She suggests that carefully reading the production of a diasporic sensibility, one that is not simply an outgrowth of the nation-state, helps us to conceive of multiple imaginaries, of America, England, and India, as articulated to one another. Both the connections and disconnections among peoples who see themselves as in some way Indian are brought into sharp focus by this comparativist approach.


This book provides a unique combination of rich ethnographic work and textual readings to illuminate the theoretical concerns central to the growing fields of diaspora studies and transnational cultural studies. Shukla argues that the multi-sitedness of diaspora compels a rethinking of time and space in anthropology, as well as in other disciplines. Necessarily, the standpoint of global belonging and citizenship makes the boundaries of the “America” in American studies a good deal more porous. And in dialogue with South Asian studies and Asian American studies, this book situates postcolonial Indian subjectivity within migrants’ transnational recastings of the meanings of race and ethnicity. Interweaving conceptual and material understandings of diaspora, India Abroad finds that in constructed Indias, we can see the contradictions of identity and nation that are central to the globalized condition in which all peoples, displaced and otherwise, live.

"Shukla's book is motivated by, and gives direction to, the energy of the Indian diaspora. The book achieves an ideological agency through a series of negotiations between 'home' and 'away', the organic evolution of a community and its fossilization of traditions and customs in exile. It shows the community becoming individuals."—Dipli Saikia, Times Higher Education Supplement

"Sandhya Shukla . . . cannot but impress with the scope of the book. . . . India Abroad . . . is a delightful and informative read, of cross-disciplinary interest, and a major contribution to the rethinking of nationalism."—Manu Bhagavan, Canadian Review of Studies in Nationalism

"The most interesting work in immigration studies is being carried out on Asian American topics, and this exceptional book is an outstanding example. Theoretically sophisticated and yet nicely grounded in the materiality of migrant experience, it illuminates the tension between transnational identities and localized realities. I enjoyed reading it, learned a lot from it, and heartily recommend it."—Matthew Frye Jacobson, Yale University