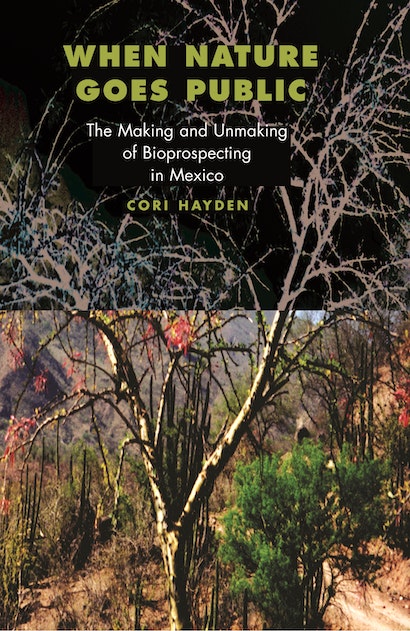 Bioprospecting — the exchange of plants for corporate promises of royalties or community development assistance — has been lauded as a way to develop new medicines while offering southern nations and indigenous communities an incentive to preserve their rich biodiversity. But can pharmaceutical profits really advance conservation and indigenous rights? How much should companies pay and to whom? Who stands to gain and lose? The first anthropological study of the practices mobilized in the name and in the shadow of bioprospecting, this book takes us into the unexpected sites where Mexican scientists and American companies venture looking for medicinal plants and local knowledge.


Cori Hayden tracks bioprospecting’s contentious new promise — and the contradictory activities generated in its name. Focusing on a contract involving Mexico’s National Autonomous University, Hayden examines the practices through which researchers, plant vendors, rural collectors, indigenous cooperatives, and other actors put prospecting to work. By paying unique attention to scientific research, she provides a key to understanding which people and plants are included in the promise of “selling biodiversity to save it” — and which are not. And she considers the consequences of linking scientific research and rural “enfranchisement” to the logics of intellectual property.

"This is an innovative and fascinating study that powerfully illustrates what the new generation of anthropologists trained in science studies can do. Using a combination of textual, historical, and above all ethnographic methodology, Hayden has produced a thought-provoking analysis of bio-prospecting as it plays out in real time. Her energetic writing and strong story line make this a compelling book."—Rayna Rapp, New York University

"Skillfully negotiating politically charged terrain, When Nature Goes Public challenges romantic views of biodiversity and the associated reification of local communities. In so doing, Cori Hayden illustrates how the science of plant genetic resources and the markets for them emerge as contingent products of specific cultural and political practices. With admirable critical balance, she explores the shifting and unpredictable lines between private rights and public properties in global environmental politics and illustrates the law of unintended consequences at work in neoliberal efforts to value indigenous knowledge."—Rosemary J. Coombe, York University