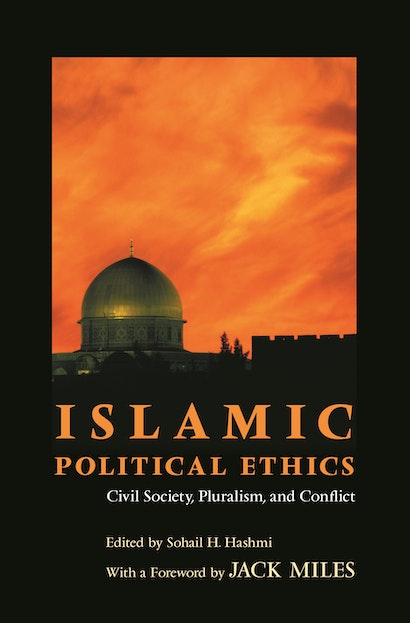 One of the most dynamic aspects of the Islamic revival during the past two centuries has been the rethinking of Islamic political thought. A broad range of actors, ideas, and ideologies characterize the debate on how Islamic ethics and law should be manifested in modern institutions. Yet this aspect of the “return to Islam” has been neglected by policymakers, the media, and even many scholars, who equate “political Islam” with merely one strand, labeled “Islamic fundamentalism.” Bringing together ten essays from six volumes of the Ethikon Series in Comparative Ethics, this book gives a rounded treatment to the subject of Islamic political ethics.

The authors explore the Islamic ethics of civil society, boundaries, pluralism, and war and peace. They consider questions of diversity, discussing, among other subjects, Islamic regimes’ policies regarding women and religious minorities. The chapters on war and peace take up such crucial and timely issues as the Islamic ethics of jihad, examining both the legitimate conditions for the declaration of war and the proper conduct of war.

In their discussions, the contributors analyze the works of classical writers as well as the full range of modern reinterpretations. But beyond these analyses of previous and contemporary thinkers, the essays also reach back to the two fundamental sources of Islamic ethics — the Qur’an and traditions of the Prophet — to develop fresh insights into how Islam and Muslims can contribute to human society in the twenty-first century.

From the foreword by Jack Miles:

“Western foreign ministers and secretaries of state may have to learn a little theology if the looming clash between embattled elements both in the West and in the Muslim umma is to yield to disengagement and peaceful coexistence, to say nothing of fruitful collaboration… . It is, then, no idle academic exercise that the thinkers whose work is collected here have in hand. The long-term practical importance of their work can scarcely be overstated.”

Sohail H. Hashmi is Alumnae Foundation Associate Professor of International Relations at Mount Holyoke College. He is the coeditor, with David Miller, of Boundaries and Justice (Princeton) and is currently coediting, with Steven Lee, a book on ethics and weapons of mass destruction. Jack Miles is the author of the Pulitzer Prize-winning book, God: A Biography.

"While the jihad and civil society material have been covered elsewhere in detail, it is convenient to have these discussions brought together in one volume, and some of the ethical questions in particular break new ground."—Omid Safi, Religious Studies Review