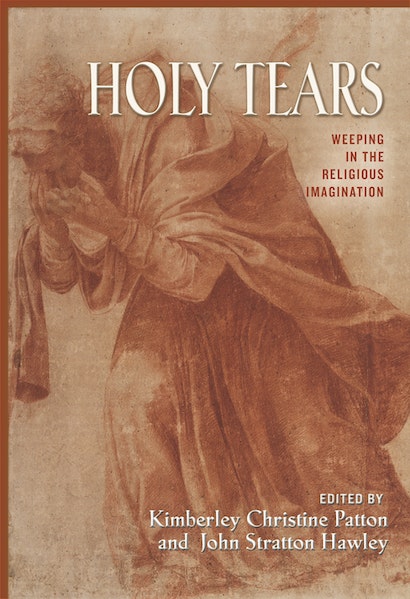 What religion does not serve as a theater of tears? Holy Tears addresses this all but universal phenomenon with passion and precision, ranging from Mycenaean Greece up through the tragedy of 9/11. Sixteen authors, including many leading voices in the study of religion, offer essays on specific topics in religious weeping while also considering broader issues such as gender, memory, physiology, and spontaneity. A comprehensive, elegantly written introduction offers a key to these topics. Given the pervasiveness of its theme, it is remarkable that this book is the first of its kind — and it is long overdue.


The grief occasioned by 9/11 and violence in Afghanistan, Iraq, Israel, and elsewhere offers a poignant context for this fascinating and richly detailed book. Holy Tears concludes with a compelling meditation on the theology of weeping that emerged from pastoral responses to 9/11, as described in the editors’ interview with Reverend Betsee Parker, who became head chaplain for the Office of the Chief Medical Examiner of New York City and leader of the multifaith chaplaincy team at Ground Zero.

Kimberley Christine Patton is Professor of the Comparative and Historical Study of Religion at Harvard Divinity School. She is the author of Religion of the Gods: Ritual, Paradox, and Reflexivity (Oxford, forthcoming) and is coeditor and a contributing author of A Magic Still Dwells: Comparative Religion in a Postmodern Age (California). John Stratton Hawley is Ann Whitney Olin Professor of Religion at Barnard College, Columbia University. Two of his early books--Krishna, the Butter Thief and At Play with Krishna--were published by Princeton University Press.

"A top-notch roster of scholars has produced an exceptional collection of essays, breaking new and fruitful ground in the study of religion. . . . Contributors continually test the far-from-simple relationship between crying and emotion, and carefully probe the complicated meshing of personal history with collective memory."—Choice

"Fascinating and original, Holy Tears is impressively coherent and should be compelling both to scholars of religion and to cultured readers who normally don't go in for religious themes. It is a model of comparative method in the study of religion, conveying, with all the delight of discovery, many parallels, analogues, and 'braided' similarities in the way religious weeping is understood in different settings while successfully avoiding the 'stuffed birds in a natural history museum' approach. I can't recall the last time I read a comparative or thematic book so rich in ethnographic, mythological, ritual, historical, theological, literary, and iconic anecdotes and detail. Each individual essay is superb; the scholarship throughout is impeccable. This book is truly a feast."—Carol Zaleski, Smith College, author of Otherworld Journeys: The Life of the World to Come

"This remarkable book not only adds a powerful and intellectually fruitful theme to comparative religious studies, but also contributes to current research on religious practices, the body, and material culture. The editors focus on a cluster of vivid physical affective experiences associated with tears, from inchoate, messy emotions, deadly silences, screaming, shame, forgetting, inarticulate despair, and an unforgettable evocation of the sense of God weeping at Ground Zero after 9/11, to the most rigidly controlled ritual practices of ecstatic divine vision and presence."—Steven P. Hopkins, Swarthmore College, author of Singing the Body of God: The Hymns of Vedantadesika in Their South Indian Tradition