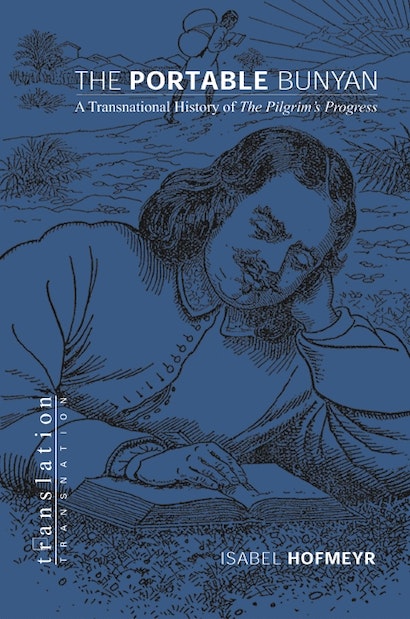 How does a book become an international bestseller? What happens to it as it is translated into different languages, contexts, and societies? How is it changed by the intellectual environments it encounters? What does the transnational circulation mean for its reception back home? Exploring the international life of a particularly long-lived and widely traveled book, Isabel Hofmeyr follows The Pilgrim’s Progress as it circulates through multiple contexts — and into some 200 languages — focusing on Africa, where 80 of the translations occurred.


This feat of literary history is based on intensive research that criss-crossed among London, Georgia, Kingston, Bedford (John Bunyan’s hometown), and much of sub-Saharan Africa. Finely written and unusually wide-ranging, it accounts for how The Pilgrim’s Progress traveled abroad with the Protestant mission movement, was adapted and reworked by the societies into which it traveled, and, finally, how its circulation throughout the empire affected Bunyan’s standing back in England.


The result is a new intellectual approach to Bunyan — one that weaves together British, African, and Caribbean history with literary and translation studies and debates over African Christianity and mission. Even more important, this book is a rare example of a truly worldly study of “world literature” — and of the critical importance of translation, both linguistic and cultural.

Isabel Hofmeyr is Professor of African Literature at the University of the Witwatersrand and the author of "We Spend our Years as a Tale that is Told: Oral Historical Storytelling in a South African Chiefdom."

"The author includes much fascinating material on the numerous areas of African life that were influenced by, and transformed for their own purposes, Bunyan's epic. . . . The Portable Bunyan will repay the attention of cultural anthropologists as well as students of literature, folklore, and religion."—Choice

"Meticulously researched and beautifully written, The Portable Bunyan remains a treasure trove of hitherto unrecorded stories and ideas. At times quirky and humorous, provocative and politicized, the book is likely to inspire debates and repositionings in Bunyan scholarship and postcolonial studies. . . . [Hofmeyer] builds layers of intriguing stories and penetrating analyses, composed in a work that will capture readers in its own web of prose."—Stephanie Newell, Modern Language Quarterly

"[A] nuanced portrayal, one that succeeds in being about far more than 'how Africa changed Bunyan.' It shades into, and occasionally moves toward becoming, a book about world historical processes and literary identity."—Paul Landau, The International Journal of African Historical Studies

"This book forces us to rethink the nature and practice of translation, clearly one of the most important subjects in literary, cultural, and social history today. The scholarship is outstanding; the style, engaging."—Simon Gikandi, University of Michigan

"Hofmeyr develops for the first time a full and coherent study of Bunyan's book in the postcolonial world, giving a comprehensive account of its play in African cultures. The Portable Bunyan opens and offers a much-needed frame for the debate about the text itself and the wider implications of how such 'imported' texts are appropriated and 'indigenized.'"—Gareth Griffiths, University at Albany