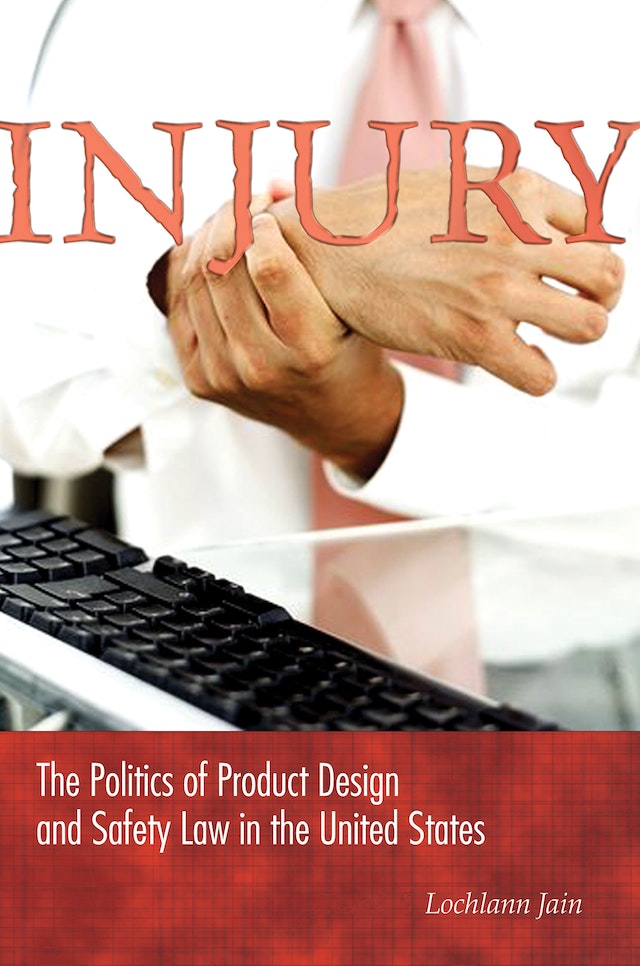 Injury offers the first sustained anthropological analysis and critique of American injury law. The book approaches injury law as a symptom of a larger American injury culture, rather than as a tool of social justice or as a form of regulation. In doing so, it offers a new understanding of the problematic role that law plays in constructing Americans’ relations with the objects they consume.

Through lively historical analyses of consumer products and workplace objects ranging from cigarettes to cheeseburgers and computer keyboards to airbags, Lochlann Jain lucidly illustrates the real limits of the product safety laws that seek to redress consumer and worker injury. The book draws from a wide range of materials to demonstrate that American law sets out injury as an exceptional state, one that can be redressed through imperfect systems of monetary compensation. Injury demonstrates how laws are unable to accommodate the ways in which physical differences among citizens are imposed by the physical objects of culture that distribute risk differently among populations. The book moves between detailed accounts of individual legal cases; historical analyses of advertising, product design, regulation, and legal history; and a wide reading of cultural theory.

Drawing on an extensive knowledge of law and social theory, this innovative book will be essential reading for anyone with an interest in design, consumption, and the politics of injury.

Lochlann Jain is professor of cultural anthropology at Stanford University and the author of Malignant: How Cancer Becomes Us.

"Personal injury lawsuits and the complex body of legal doctrines that shape them are rarely discussed outside of courts and law schools, except in the narrow polemical framework of campaigns to limit 'frivolous lawsuits.' This is unfortunate, because as Lochlann Jain documents in this haunting and accessible study, injury law is not only a back door to regulating the economy, it is also a kind of cultural unconscious; a place guarded by legal fictions, where American society goes to imagine the nature of injury, draw the boundaries of the self, and assign the burdens of our risky ambitions."—Jonathan Simon, University of California, Berkeley

"This is anthropology at its best, intervening in social problems that are hotly debated at various levels in society. It shows how the dynamics of injury law unfold at much deeper discursive and structural levels than cultural critics normally allow."—Michael M. J. Fischer, Massachusetts Institute of Technology