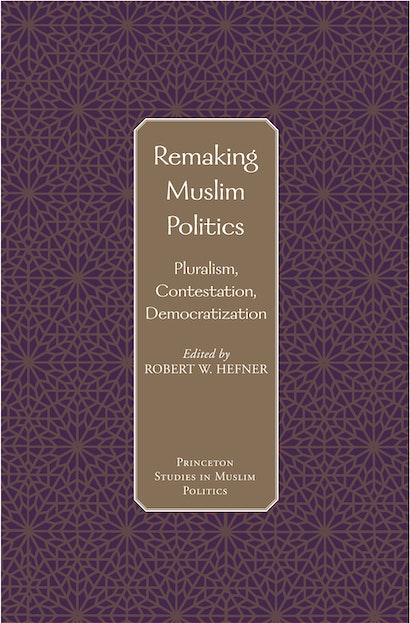 There is a struggle for the hearts and minds of Muslims unfolding across the Islamic world. The conflict pits Muslims who support pluralism and democracy against others who insist such institutions are antithetical to Islam. With some 1.3 billion people worldwide professing Islam, the outcome of this contest is sure to be one of the defining political events of the twenty-first century.


Bringing together twelve engaging essays by leading specialists focusing on individual countries, this pioneering book examines the social origins of civil-democratic Islam, its long-term prospects, its implications for the West, and its lessons for our understanding of religion and politics in modern times.

Robert W. Hefner is Professor of Anthropology and Associate Director of the Institute on Culture, Religion and World Affairs, Boston University. His recent books include Civil Islam: Muslims and Democratization in Indonesia (Princeton).

"This is a most interesting and serious book on Islam. It is perhaps one of the most scholarly books on the topic since September 11."—As'ad AbuKhalil, Perspectives on Politics

"9/11 not only drove home the magnitude of the threat of global terrorism but also brought into sharp focus and contention the question of Islam's compatibility with pluralism and democracy. Robert Hefner's Remaking Muslim Politics assembles a group of scholars who provide insightful case studies that shed new light on the process of democratization as witnessed in the experiments and experiences of diverse countries across the Muslim world: from Egypt, Turkey, and Saudi Arabia to Iran, Afghanistan, Malaysia, and Indonesia."—John L. Esposito, University Professor and Professor of Religion and International Affairs, Georgetown University, author of Unholy War: Terror in the Name of Islam

"Remaking Muslim Politics makes a compelling case for both a far more nuanced and variegated understanding of Islam and politics than is conventional and a more sanguine view of the prospects for a pluralist, even democratic, politics in the Muslim world. Given the high-decibel debates about Islam and politics these days, it should find a wide readership—but unlike many of the books on the market today, it will deserve this."—Lisa Anderson, Columbia University, past president of the Middle East Studies Association