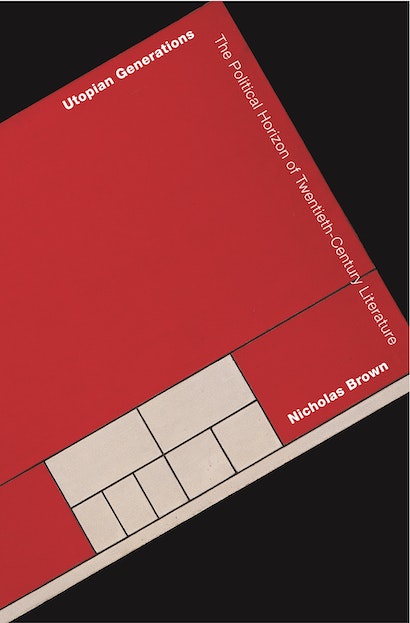 Utopian Generations develops a powerful interpretive matrix for understanding world literature — one that renders modernism and postcolonial African literature comprehensible in a single framework, within which neither will ever look the same. African literature has commonly been seen as representationally naïve vis-à-vis modernism, and canonical modernism as reactionary vis-à-vis postcolonial literature. What brings these two bodies of work together, argues Nicholas Brown, is their disposition toward Utopia or “the horizon of a radical reconfiguration of social relations.?


Grounded in a profound rethinking of the Hegelian Marxist tradition, this fluently written book takes as its point of departure the partial displacement during the twentieth century of capitalism’s “internal limit” (classically conceived as the conflict between labor and capital) onto a geographic division of labor and wealth. Dispensing with whole genres of commonplace contemporary pieties, Brown examines works from both sides of this division to create a dialectical mapping of different modes of Utopian aesthetic practice. The theory of world literature developed in the introduction grounds the subtle and powerful readings at the heart of the book — focusing on works by James Joyce, Cheikh Hamidou Kane, Ford Madox Ford, Chinua Achebe, Wyndham Lewis, Ngugi wa Thiong’o, and Pepetela. A final chapter, arguing that this literary dialectic has reached a point of exhaustion, suggests that a radically reconceived notion of musical practice may be required to discern the Utopian desire immanent in the products of contemporary culture.

Nicholas Brown is Assistant Professor of English and African American Studies at the University of Illinois at Chicago.

"Masterfully shuttling back and forth between Europe and Africa, Nicholas Brown gives us an exciting new perspective on modernism that is as philosophically astute as it is politically engaged."—Michael Hardt, Duke University, coauthor of Empire and Multitude

"An enormously significant contribution to the fields of modernist and postcolonial literary and cultural studies. Nicholas Brown aims to 're-constellate' modernism and African literature within a single framework, and he does so with great success. Along the way, however, the book accomplishes a great deal more than this. For example, it provides a new, critical-theoretical account of modernism itself. Superbly well-organized and wonderfully well-written, the book is replete with sentences that resonate with the reader long after closing its pages."—Neil Larsen, University of California, Davis, author of Modernism and Hegemony

"A complex, sensitive, and sophisticated investigation of the utopian aspects of both Western modernist literature and postcolonial African literature. Because modernist literature has become the standard of aesthetic achievement in Western literature, this is an audacious project. Brown not only gives equal weight to the two sets of works he is reading, but he reads each set on its own terms. As a result, he has produced an extremely useful and thought-provoking work of criticism that provides important new insights into both modernism and African literature."—M. Keith Booker, University of Arkansas, author of "Ulysses," Capitalism, and Colonialism

"In Utopian Generations, Nicholas Brown's grasp of marxian analysis is subtle and his general argument about the literary configurations of the idea of Utopia and the sublime on the works of the modernist and African writers he examines is both riveting and insightful. However, the book's greatest strength lies in its detailed and multilayered analyses of the authors and the texts themselves. Every chapter contains moments of real brilliance, which derive directly from the analyses. In fact, the writing inadvertently illustrates a species of immanent criticism in the best Adornian sense, and in a way that proves really illuminating as a method of comparative scholarship."—Ato Quayson, University of Cambridge, author of Calibrations: Reading for the Social