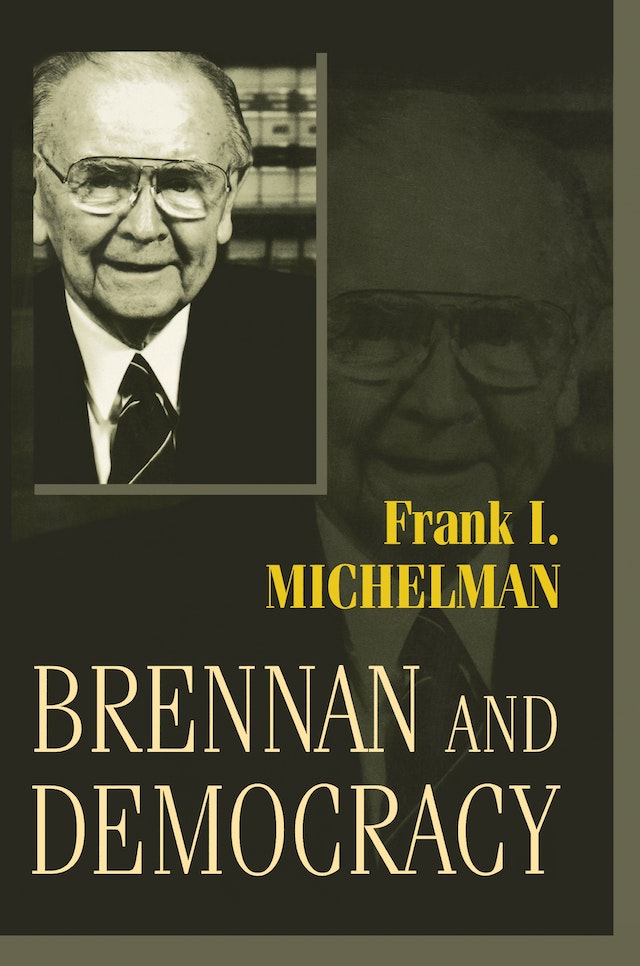 In Brennan and Democracy, a leading thinker in U.S. constitutional law offers some powerful reflections on the idea of “constitutional democracy,” a concept in which many have seen the makings of paradox. Here Frank Michelman explores the apparently conflicting commitments of a democratic governmental system where key aspects of such important social issues as affirmative action, campaign finance reform, and abortion rights are settled not by a legislative vote but by the decisions of unelected judges. Can we — or should we — embrace the values of democracy together with constitutionalism, judicial supervision, and the rule of law? To answer this question, Michelman calls into service the judicial career of Supreme Court Justice William Brennan, the country’s model “activist” judge for the past forty years. Michelman draws on Brennan’s record and writings to suggest how the Justice himself might have understood the judiciary’s role in the simultaneous promotion of both democratic and constitutional government.

The first chapter prompts us to reflect on how tough and delicate an act it is for the members of a society to attempt living together as a people devoted to self-government. The second chapter seeks to renew our appreciation for democratic liberal political ideals, and includes an extensive treatment of Brennan’s judicial opinions, which places them in relation to opposing communitarian and libertarian positions. Michelman also draws on the views of two other prominent constitutional theorists, Robert Post and Ronald Dworkin, to build a provocative discussion of whether democracy is best conceived as a “procedural” or a “substantive” ideal.

Frank I. Michelman is Robert Walmsley University Professor of Law at Harvard University. He was law clerk to Justice William J. Brennan, Jr. during the 1961-62 term of the U.S. Supreme Court.

"This is one of the nation's most distinguished law professors considering the work of one of its most important Supreme Court justices, and doing so with subtlety, intelligence, creativity, and flashes of mischief and wit. Frank Michelman boasts an engaging, unpretentious prose style, putting paid to the thought that serious intellectual work has to be dry or pedantic."—Don Herzog, University of Michigan