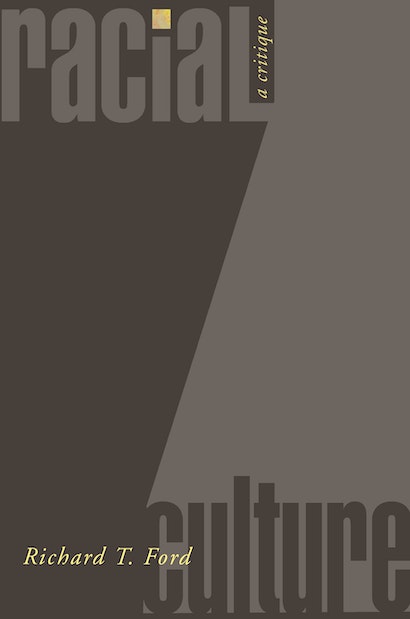 What is black culture? Does it have an essence? What do we lose and gain by assuming that it does, and by building our laws accordingly? This bold and provocative book questions the common presumption of political multiculturalism that social categories such as race, ethnicity, gender, and sexuality are defined by distinctive cultural practices.


Richard Ford argues against law reform proposals that would attempt to apply civil rights protections to “cultural difference.” Unlike many criticisms of multiculturalism, which worry about “reverse discrimination” or the erosion of core Western cultural values, the book’s argument is primarily focused on the adverse effects of multicultural rhetoric and multicultural rights on their supposed beneficiaries.


In clear and compelling prose, Ford argues that multicultural accounts of cultural difference do not accurately describe the practices of social groups. Instead these accounts are prescriptive: they attempt to canonize a narrow, parochial, and contestable set of ideas about appropriate group culture and to discredit more cosmopolitan lifestyles, commitments, and values.


The book argues that far from remedying discrimination and status hierarchy, “cultural rights” share the ideological presuppositions, and participate in the discursive and institutional practices, of racism, sexism, and homophobia. Ford offers specific examples in support of this thesis, in diverse contexts such as employment discrimination, affirmative action, and transracial adoption.


This is a major contribution to our understanding of today’s politics of race, by one of the most distinctive and important young voices in America’s legal academy.

Richard T. Ford is George E. Osborne Professor of Law at Stanford. He has published in numerous legal journals including the Harvard Law Review and Stanford Law Review. His is co-author of Local Government Law and The Legal Geographies Reader

"A serious work of legal scholarship about race that's innovative, bracing and funny? Stanford law professor Ford pulls it off in a surprising, rigorous volume that should send academics, legal professionals, civil rights activists and others dedicated to social justice racing for both sides of the barricades. . . . Agree with it or not, this book is an invigorating pleasure for thoughtful readers."—Publishers Weekly

"Ford provides an alternative 'practice-based' definition of culture based on hybrid and emergent cultural traits, and offers ways in which antidiscrimination arguments can avoid the pitfalls of essentialism and ascribed social categories."—Choice

"This book will shake things up. Racial Culture is elegant, clear, and argumentatively tough. It is a highly incisive intervention in an important domain of anti-discrimination law, social policy, social theory, legal theory, and racial politics."—Janet Halley, Harvard University

"Racial Culture is a brave, disturbing, and important book by a first-class legal scholar. Richard Ford challenges every left and liberal shibboleth about racial justice in contemporary multicultural societies, while arguing relentlessly for racial justice. The final provocation is chilling and inspired, an incomparable articulation of the historical necessity and the historical damage of identity politics."—Wendy Brown, University of California, Berkeley

"This is a race-conscious, anti-racist attack on racial identity politics. There is nothing else like it in the literature. It is provocative in the best sense—provocative of thought—and it opens a new approach to the tired "conversation about race." Certainly one of the most important contributions of the last ten years."—Duncan Kennedy, Harvard Law School