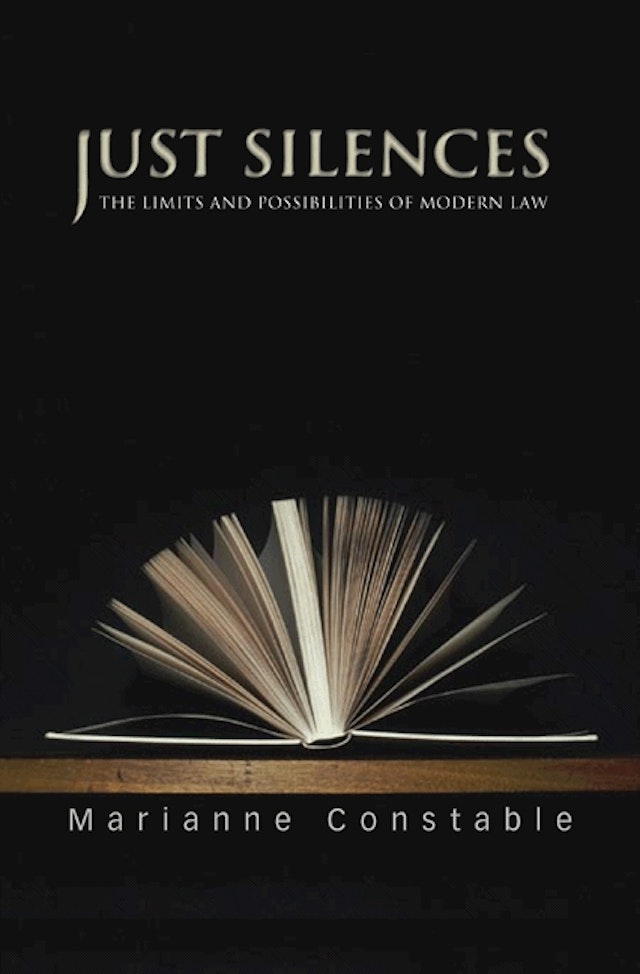 Is the Miranda warning, which lets an accused know of the right to remain silent, more about procedural fairness or about the conventions of speech acts and silences? Do U.S. laws about Native Americans violate the preferred or traditional “silence” of the peoples whose religions and languages they aim to “protect” and “preserve”? In Just Silences, Marianne Constable draws on such examples to explore what is at stake in modern law: a potentially new silence as to justice.


Grounding her claims about modern law in rhetorical analyses of U.S. law and legal texts and locating those claims within the tradition of Nietzsche, Heidegger, and Foucault, Constable asks what we are to make of silences in modern law and justice. She shows how what she calls “sociolegal positivism” is more important than the natural law/positive law distinction for understanding modern law. Modern law is a social and sociological phenomenon, whose instrumental, power-oriented, sometimes violent nature raises serious doubts about the continued possibility of justice. She shows how particular views of language and speech are implicated in such law.


But law — like language — has not always been positivist, empirical, or sociological, nor need it be. Constable examines possibilities of silence and proposes an alternative understanding of law — one that emerges in the calling, however silently, of words to justice. Profoundly insightful and fluently written, Just Silences suggests that justice today lies precariously in the silences of modern positive law.

Marianne Constable is Professor of Rhetoric at the University of California, Berkeley. Her previous book, The Law of the Other: The Mixed Jury and Changing Conceptions of Citizenship, Law, and Knowledge, won the J. Willard Hurst Prize in Legal History.

"Referencing Nietzsche, Heidegger, and Foucault, this thought-provoking book shows that the history of Western jurisprudence until the era of Utilitarianism dealt with the relationship of law to justice, of the temporal to the eternal. . . . Marianne Constable seems to suggest that moments of contemplation enable us to be grasped by the justice of transcendence."—Choice

"[Just Silences] is a probing recognition and response to the 'social fact' that now 'law is power.'"—Linda Ross Meyer, Law and Literature

"Just Silences is an entirely novel contribution, challenging current sociolegal scholars to think about whether they have ignored the question of justice in their focus on law and power. It will undoubtedly attract attention and spark debate, which cannot help but be a healthy impetus to questioning and growth in the field."—Elizabeth Mertz, University of Wisconsin Law School and Senior Research Fellow, American Bar Foundation

"Just Silences is truly a work of astounding brilliance. It has influenced my thinking about my field permanently. Constable has a way of backing you into really extraordinary insights about the contemporary legal culture we occupy, and the project of knowledge and power that so many of us in sociolegal studies are engaged in. Her book will echo in discussions across a broad intersection of law, the humanities, and social science."—Jonathan Simon, Professor of Law, University of California, Berkeley, coauthor of Cultural Analysis, Cultural Studies, and the Law