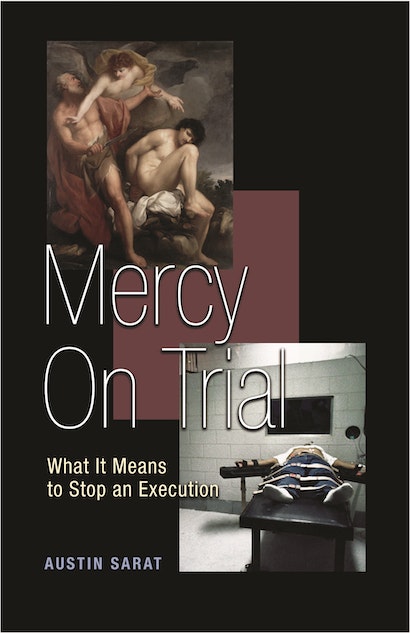 On January 11, 2003, Illinois Governor George Ryan — a Republican on record as saying that “some crimes are so horrendous … that society has a right to demand the ultimate penalty” — commuted the capital sentences of all 167 prisoners on his state’s death row. Critics demonized Ryan. For opponents of capital punishment, however, Ryan became an instant hero whose decision was seen as a signal moment in the “new abolitionist” politics to end killing by the state.


In this compelling and timely work, Austin Sarat provides the first book-length work on executive clemency. He turns our focus from questions of guilt and innocence to the very meaning of mercy. Starting from Ryan’s controversial decision, Mercy on Trial uses the lens of executive clemency in capital cases to discuss the fraught condition of mercy in American political life. Most pointedly, Sarat argues that mercy itself is on trial. Although it has always had a problematic position as a form of “lawful lawlessness,” it has come under much more intense popular pressure and criticism in recent decades. This has yielded a radical decline in the use of the power of chief executives to stop executions.


From the history of capital clemency in the twentieth century to surrounding legal controversies and philosophical debates about when (if ever) mercy should be extended, Sarat examines the issue comprehensively. In the end, he acknowledges the risks associated with mercy — but, he argues, those risks are worth taking.

Austin Sarat is the William Nelson Cromwell Professor of Jurisprudence and Political Science at Amherst College and Five College Fortieth Anniversary Professor. He is author, coauthor, or editor of more than fifty books, including When the State Kills and Law, Violence, and the Possibility of Justice (both Princeton), and Divorce Lawyers and their Clients. His teaching has been featured in the New York Times and on the Today Show. Sarat was the corecipient of the 2004 Reginald Heber Smith Award given biennially to honor the best scholarship on "the subject of equal access to justice."

"Professor Sarat is a merciless researcher . . . and provides an arresting account of mercy in the modern age that will engage readers on all sides of the debate."—Harvard Law Review

"A multi-layered and thought-provoking book. . . . Mercy on Trial is an important contribution to death penalty jurisprudence. In an era when the death penalty debate focuses so heavily on tinkering with the machinery, it is inspiring to come across such a well-written call to respond to the higher instincts within us: the instincts to empathize and forgive."—JaneAnne Murray, New York Law Journal

"Austin Sarat has written yet another thoughtful and thought-provoking book on the death penalty. . . . Sarat clearly and profoundly considers if, how, and when executive branches of government should use [clemency] with respect to the death penalty."—Choice

"This book is rich in detail for those who care about these issues. Its observation that clemency is disorderly when framed only as mercy is well-taken. There are, fortunately, other good reasons for granting clemency."—Edward Kent, Law and Politics Book Review

"This book is a welcome and most original addition to this troubling topic."—John Cooper, Times

"Mercy on Trial offers several insights for those interested in crime, law and capital punishment. It is at once a theoretically sophisticated treatment of the role of mercy and clemency in a liberal legal system, as well as a concise history of 20th-century mass capital clemencies. But perhaps most importantly, Mercy on Trial provides a nuanced analysis of Governor Ryan's high-profile and controversial mass commutation."—Paul J. Kaplan, Theoretical Criminology

"Today, more than ever, Americans are asking questions about what role, if any, the death penalty should have in modern law enforcement. Professor Sarat makes an important contribution to that debate by demonstrating the essential role of mercy and clemency in the criminal justice system. This thoughtful book should be read by every citizen who cares about the issue, and by every governor and president entrusted with the power to punish or pardon."—Senator Edward M. Kennedy

"In a very readable style, Austin Sarat's Mercy on Trial contributes mightily to the study of mercy, rehabilitation, redemption, and the complexity of the gubernatorial pardon. This work will help reform our justice system and hasten abolition."—George H. Ryan, former Governor of Illinois

"As one of America's preeminent scholars of the history and philosophical underpinnings of capital punishment, Austin Sarat has debunked every myth used to rationalize the death penalty. Now, with the publication of Mercy on Trial, Professor Sarat explores the jurisprudence and other factors surrounding capital clemency in America. He reminds us that, absent skilled advocacy, innocence offers little protection from state-sanctioned violence. Professor Sarat sends a powerful message to not only the legal community, but to every American who cares about human rights and equal justice under the law."—John D. Podesta, former Chief of Staff to President Clinton and President and CEO, Center for American Progress

"Should mercy play a role in a governor's decision to commute a death sentence, to spare a condemned person? The question is important with regard to what kind of society we want to have. We are indebted to Austin Sarat for addressing it in Mercy on Trial as well as examining Governor George Ryan's commutation of 167 death sentences in Illinois in 2003, the decline of clemency as a result of the 'tough on crime' politics of our time, and the legal, historical, and philosophical aspects of the clemency power. This book is essential reading for anyone who wants to understand executive clemency in the United States."—Stephen B. Bright, Director, Southern Center for Human Rights

"Professor Austin Sarat has written a compelling, comprehensive, and persuasive book on mercy and the death penalty—a must-read for anyone concerned about capital punishment, and one that offers deeply philosophical and reflective views on one of the most controversial issues today. Whether you support or oppose the death penalty, Sarat's book is a powerful, probative, and thorough treatment of the subject, and will be well-received in many quarters."—Charles J. Ogletree, Jr., Jesse Climenko Professor of Law, Harvard Law School, and author of All Deliberate Speed: Reflections on the First Half-Century of Brown v. Board of Education

"Thought-provoking, gripping, well-researched, and always passionate, Mercy on Trial is a splendid book on one of our most controversial issues. You will be moved by it. You will want to discuss it. Austin Sarat is one of our greatest thinkers in the areas of jurisprudence and ethics. Must reading."—Harlan Coben, author of Tell No One, Just Look, and Gone for Good

"A thoroughly approachable and enjoyable read, Mercy on Trial is an in-depth exploration of the pardoning power and the paradox of a legal power that is not legally reviewable. With his usual interdisciplinary flair, Austin Sarat brings together law, current events, political history, and philosophical theory, and does so in a way that is illuminating and instructive."—David Garland, New York University, author of The Culture of Control