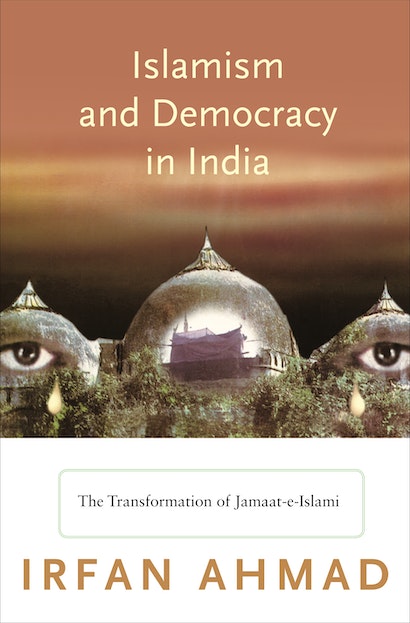 Jamaat-e-Islami Hind is the most influential Islamist organization in India today. Founded in 1941 by Syed Abul Ala Maududi with the aim of spreading Islamic values in the subcontinent, Jamaat and its young offshoot, the Student Islamic Movement of India or SIMI, have been watched closely by Indian security services since September 11. In particular, SIMI has been accused of being behind terrorist bombings. This book is the first in-depth examination of India’s Jamaat-e-Islami and SIMI, exploring political Islam’s complex relationship with democracy and providing a rare window into the Islamist trajectory in a Muslim-minority context.


Irfan Ahmad conducted extensive ethnographic fieldwork at a school in the town of Aligarh, among student activists at Aligarh Muslim University, at a madrasa in Azamgarh, and during Jamaat’s participation in elections in 2002. He deftly traces Jamaat’s changing position in relation to India’s secular democracy and the group’s gradual ideological shift toward religious pluralism and tolerance. Ahmad demonstrates how the rise of militant Hindu nationalism since the 1980s — evident in the destruction of the Babri mosque and widespread violence against Muslims — led to SIMI’s radicalization, its rejection of pluralism, and its call for jihad.

Islamism and Democracy in India argues that when secular democracy is responsive to the traditions and aspirations of its Muslim citizens, Muslims in turn embrace pluralism and democracy. But when democracy becomes majoritarian and exclusionary, Muslims turn radical.

Irfan Ahmad is an anthropologist and assistant professor of politics in the School of Political and Social Inquiry at Monash University in Australia, where he helps lead the Centre for Islam and the Modern World.

"Islamist politics, argues Ahmad, are shaped by the dynamics of modern politics and cannot be explained simply by analyzing sacred religions texts. In this well-documented study, Ahmad supports this thesis by providing a historical account of the transformation of the Jamaat-e-Islami in India, one of the most important Islamist movements in the Muslim world, from its founding in 1941 to the present. . . . [T]his well-crafted study will be of great interest to scholars, students of Islam, and policymakers."—Choice

"The book is rich in detail, interviews, and scholarly overviews of both historical and contemporary events that have shaped the Jamaate-Islami. . . . Ahmad has enriched Islamism and Democracy in India with an incredible amount of scholarship in his analysis of the incontrovertible distinction between Jamaat-e-Islami's moderation and SIMI's radicalization."—Edward M. Proctor, Digest of Middle East Studies

"While a constellation of volumes exist on the nature of Islamism and the contemporary world, Irfan Ahmad's examination is a successful addition by way of its intellectual precision, innovative analysis, and diplomatic disposition."—Scott Nicholas Romaniuk, Central European Journal of International & Security Studies

"Ahmad's book is an impressive analytical achievement, a convincing argument for differentiation, and a well-written and accessible read."—Raphael Susewind, Contemporary South Asia

"This is an outstanding historical and ethnographic account of one of the most influential Islamist movements in South Asia. It is the result of courageous fieldwork at a time of increased Hindu-Muslim tension in India. The book's thesis that even a radically antisecular Islamist movement can be transformed into supporting secular democracy is an extremely important contribution to today's global discussions. It is essential reading for political scientists, sociologists, anthropologists, historians, and students of Islam."—Peter van der Veer, author of Imperial Encounters

"Irfan Ahmad's book could not be more timely or important. At a time when clichés about "Islamists" and "Islamic terrorists" abound, he demonstrates the ideological transformation of one of the twentieth century's most important Islamist movements, India's Jamaat-e-Islami, in support of active participation in a secular, plural democracy. Ahmad's work is essential reading not only for scholars, but for policymakers and concerned citizens alike."—Barbara D. Metcalf, University of Michigan

"This is the most important book written on Muslims in India in the last three decades. Ahmad traces the incremental shift of most adherents of Jamaat-e-Islami to moderation and participation in Indian democracy, showing that from its inception the movement has been thoroughly modern. He deals with an aspect of India that is frequently neglected and engages the main debates concerning the relation of Islam to democracy."—Dale F. Eickelman, Dartmouth College

"This is an important and valuable contribution to our understanding of Muslim societies, providing us with a window into Indian Islamism by skillfully weaving politics, anthropology, and religion in innovative and insightful ways. What Ahmad shows is that Islamism in India has moved far beyond its founding discourses and invectives against secularism and democracy. This ethnography makes the material come alive and gives depth and context to the issues."—Ebrahim Moosa, Duke University