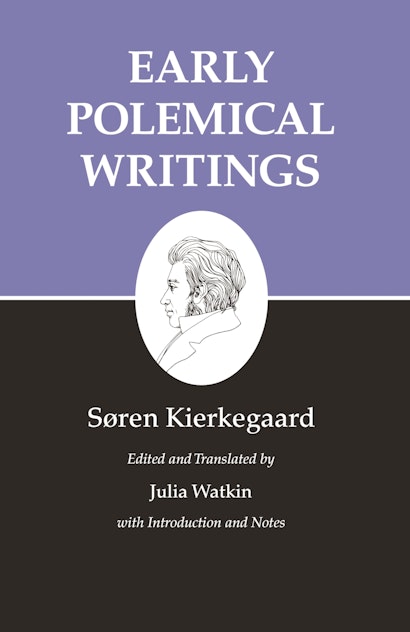 Early Polemical Writings covers the young Kierkegaard’s works from 1834 through 1838. His authorship begins, as it was destined to end, with polemic. Kierkegaard’s first published article touches on the theme of women’s emancipation, and the other articles from his student years deal with freedom of the press.


Modern readers can see the seeds of Kierkegaard’s future career these early pieces. In “From the Papers of One Still Living,” his review of Hans Christian Andersen’s novel Only a Fiddler, Kierkegaard rejects the notion that environment is decisive in determining the fate of genius. He also puts forward his belief that each person needs a life-view or life for which and by which to live, a thought he explores further in the comic play The Battle between the Old and the New Soap-Cellars.