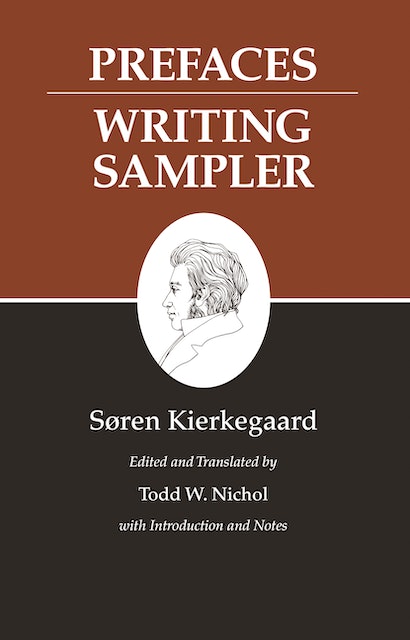 Prefaces was the last of four books by Søren Kierkegaard to appear within two weeks in June 1844. Three Upbuilding Discourses and Philosophical Fragments were published first, followed by The Concept of Anxiety and its companion — published on the same day — the comically ironic Prefaces. Presented as a set of prefaces without a book to follow, this work is a satire on literary life in nineteenth-century Copenhagen, a lampoon of Danish Hegelianism, and a prefiguring of Kierkegaard’s final collision with Danish Christendom.


Shortly after publishing Prefaces, Kierkegaard began to prepare Writing Sampler as a sequel. Writing Sampler considers the same themes taken up in Prefaces but in yet a more ironical and satirical vein. Although Writing Sampler remained unpublished during his lifetime, it is presented here as Kierkegaard originally envisioned it, in the company of Prefaces.