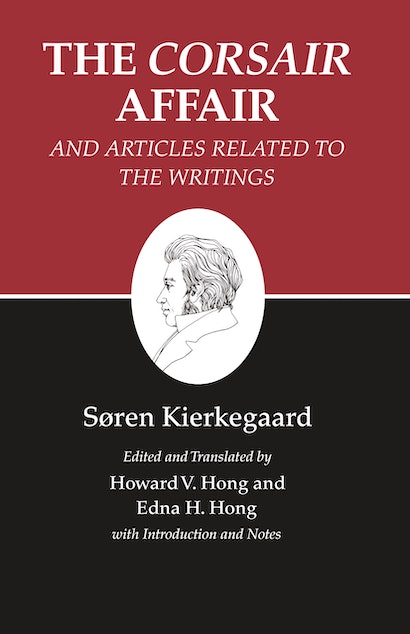 The Corsair affair has been called the “most renowned controversy in Danish literary history.” At the center is Søren Kierkegaard, whose pseudonymous Stages on Life’s Way occasioned a frivolous and dishonorable review by Peder Ludvig Møller. Møller was associated with The Corsair, a publication notorious for gossip and caricature. The editor was Meïr Goldschmidt, an acquaintance of Kierkegaard’s and an admirer of his early work. Kierkegaard struck back at not only Møller and Goldschmidt but at the paper as a whole. The present volume contains all of the documents relevant to this dispute, plus a historical introduction that recapitulates the sequence of events surrounding the controversy.


Parts I (Article) and II (Addenda) contain articles both signed by and attributed to Kierkegaard in response to the affair. A supplement includes writings pertaining to the Corsair affair by Goldschmidt and Møller, as well as unpublished pieces by Kierkegaard from his journals and papers. Although the immediate occasion was literary, for Kierkegaard the issues as well as the consequences were ethical, social, philosophical, and religious. Howard Hong argues that the most important consequence was wholly unexpected and unintended: the second phase of Kierkegaard’s authorship.