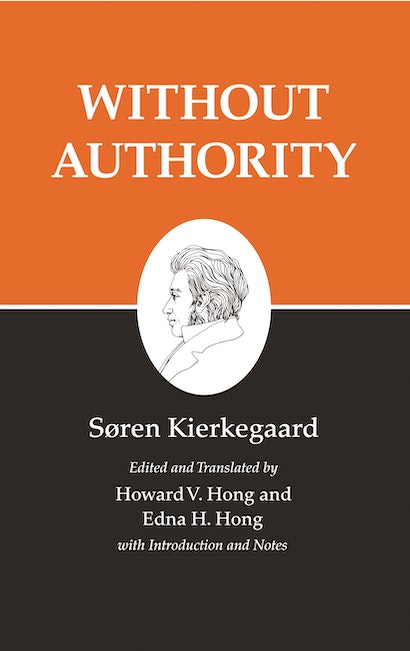 “Without authority,” a phrase Kierkegaard repeatedly applied to himself and his writings, is an appropriate title for this volume of five short works that in various ways deal with the concept and practice of authority. The Lily in the Field and the Bird of the Air contemplates the teaching authority of these creatures based on three different passages in the Gospels. The first of Two Ethical-Religious Essays mediates on the ethics of Jesus’ martyrdom; the second contrasts the authority of the genius with that of the apostle. The remaining works — Three Discourses at the Communion on Fridays (1849), An Upbuilding Discourse (1850), and Two Discourses at the Communion on Fridays (1851) — are meditations on sin, forgiveness, and the power of love.

Howard V. Hong, the former Director of the Howard and Edna Hong Kierkegaard Library at St. Olaf College, is the General Editor of Kierkegaard's Writings. Edna H. Hong is a poet, writer, and translator who has collaborated with Professor Hong on other English translations of Kierkegaard's works.