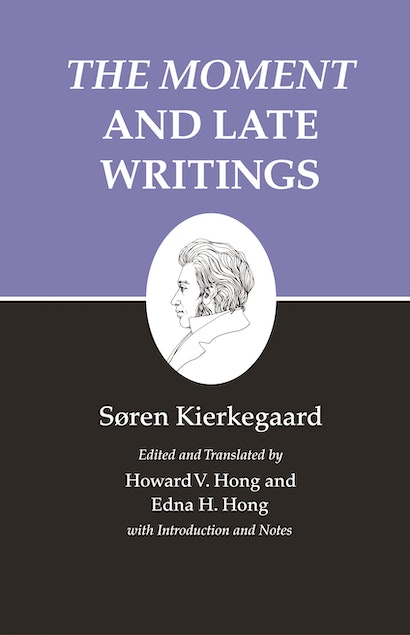 Kierkegaard, a poet of ideals and practitioner of the indirect method, also had a direct and polemical side. He revealed this in several writings throughout his career, culminating in The Moment, his attack against the established ecclesiastical order.


Kierkegaard was moved to criticize the church by his differences with Bishop Mynster, Primate of the Church of Denmark. Although Mynster saw in Kierkegaard a complement to himself and his outlook, Kierkegaard challenged Mynster to acknowledge the emptying and estheticizing of Christianity that had occurred in modern Christendom. For three years Kierkegaard was silent, waiting. When Mynster died, he was memorialized as “an authentic truth-witness” in the “holy chain of truth-witnesses that stretches through the ages from the days of the apostles.” This struck Kierkegaard as blasphemous and inspired him to write a series of articles in Fædrelandet, which he followed with ten numbers of the pamphlet The Moment. This volume includes the articles from Fædrelandet, all numbers of The Moment, and several other late pieces of Kierkegaard’s writing.