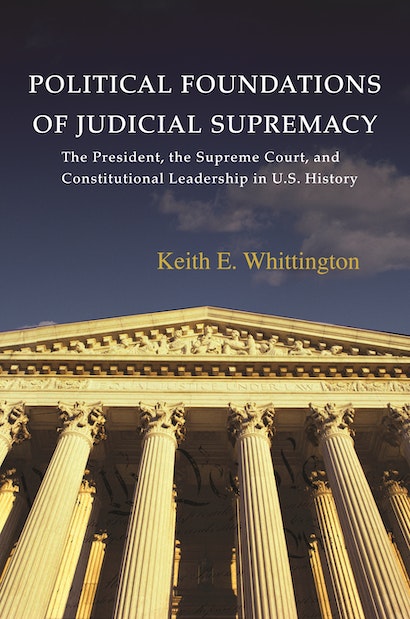 Should the Supreme Court have the last word when it comes to interpreting the Constitution? The justices on the Supreme Court certainly seem to think so — and their critics say that this position threatens democracy. But Keith Whittington argues that the Court’s justices have not simply seized power and circumvented politics. The justices have had power thrust upon them — by politicians, for the benefit of politicians. In this sweeping political history of judicial supremacy in America, Whittington shows that presidents and political leaders of all stripes have worked to put the Court on a pedestal and have encouraged its justices to accept the role of ultimate interpreters of the Constitution.


Whittington examines why presidents have often found judicial supremacy to be in their best interest, why they have rarely assumed responsibility for interpreting the Constitution, and why constitutional leadership has often been passed to the courts. The unprecedented assertiveness of the Rehnquist Court in striking down acts of Congress is only the most recent example of a development that began with the founding generation itself. Presidential bids for constitutional leadership have been rare, but reflect the temporary political advantage in doing so. Far more often, presidents have cooperated in increasing the Court’s power and encouraging its activism. Challenging the conventional wisdom that judges have usurped democracy, Whittington shows that judicial supremacy is the product of democratic politics.

Keith E. Whittington is William Nelson Cromwell Professor of Politics at Princeton University. He is the author of Constitutional Interpretation and Constitutional Construction. 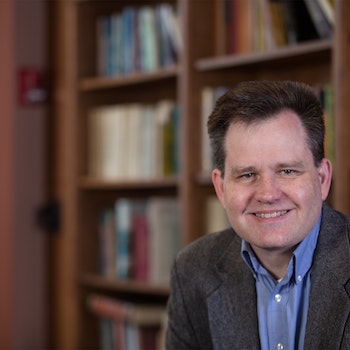 "Filled with numerous examples and insightful analysis, Political Foundations of Judicial Supremacy offers a fascinating behind-the-scenes guide to the politics of judicial review that is impressive in both scope and depth."—Harvard Law Review

"The book has the depth and breadth of scholarship that we have come to expect from Whittington. He draws on a rich study of history to support a thesis that builds from various literatures in political science generally and the study of courts in particular. Whittington writes with clarity, precision and grace and should be read, if only as a model of what scholarly work should be.... Whittington makes an important contribution to our understanding of the development of American political institutions and raises interesting questions about the shape those institutions might take."—Kenneth Ward, The Law and Politics Book Review

"Whittington has written a marvelous book that challenges two axioms of American political thought; the assumed constitutional basis of judicial supremacy and the Marbury 'myth' of judicial review. What distinguishes Whittington's effort from a thousand other analyses of the Court's place in American constitutional practice is his embrace of an explicitly political, as opposed to legalistic, approach to the subject."—M. E. Bailey, Choice

"In his wonderfully written and insightful analysis of constitutional review and judicial supremacy in the United States, Keith Whittington takes the reader on a historical journey from the earliest years of the nation through the present day. Through his examination, Whittington provides ample evidence in support of his thesis that it is not so much the United States Supreme Court that has laid claim to judicial supremacy in constitutional interpretation as it is the elected branches of government and the executive, in particular, that have seen it in their own interest to assert that the Court is the ultimate authority on the Constitution."—Christine L. Nemacheck, Perspectives on Politics

"[T]his book stands out as the best and most sophisticated study of the problem of 'who interprets' in the American context."—Walter Murphy, Law and History Review

"Whittington's book is a perfect fit for both undergraduate and graduate courses on judicial process, constitutional law and theory, and jurisprudence. . . . Whittington continues to demonstrate why he is one of today's most important constitutional scholars. Political Foundations of Judicial Supremacy is essential reading for anyone interested in American politics. Meticulously researched, grounded in the scholarly literature, yet accessible to the nonacademic, the author's arguments are important for anyone seeking an understanding of how the presidency, Congress, and the Supreme Court interact to construct constitutional meaning."—Artemus Ward, Congress & the Presidency

"Whittington's book explores a fascinating issue and provides a variety of insights into the relationship between presidents the Supreme Court."—R. Shep Melnick, Journal of Politics

"Political Foundations of Judicial Supremacy takes us deeper than ever before into the changing structure and politics of inter-branch relations. Historically comprehensive and analytically astute, Whittington's sweeping reformulation of the role of the Supreme Court alters our entire view of American government."—Stephen Skowronek, Yale University

"This extremely important study lays out the ways in which the U.S. tradition of judicial supremacy receives support from elected representatives. Whittington's arguments are elegant, clearly presented, and persuasive."—Mark Tushnet, Harvard Law School

"This is a major work by a major scholar. Whittington highlights for the first time unnoticed patterns in the political construction of judicial power and the growth of judicial authority in the United States. The historical evidence is complete and compelling."—Mark Graber, University of Maryland