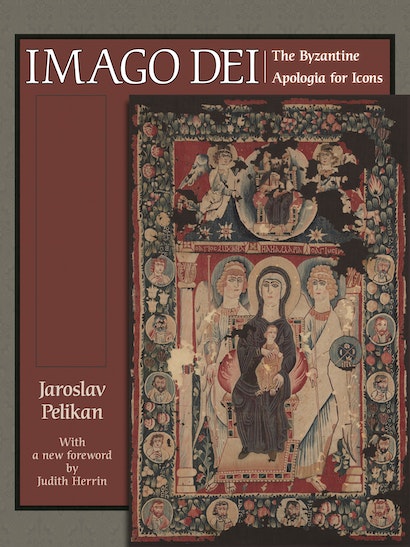 In 726, the Byzantine emperor, Leo III, issued an edict that all religious images in the empire were to be destroyed, a directive that was later endorsed by a synod of the church in 753 under his son, Constantine V. If the policy of Iconoclasm had succeeded, the entire history of Christian art—and of the Christian church, at least in the East—would have been altered.

Iconoclasm was defeated by Byzantine politics, popular revolts, monastic piety, and, most fundamentally of all, by theology, just as it had been theology that the opponents of images had used to justify their actions. Analyzing an intriguing chapter in the history of ideas, the renowned scholar Jaroslav Pelikan shows how a faith that began by attacking the worship of images ended first in permitting and then in commanding it.

Pelikan charts the theological defense of icons during the iconoclastic controversies of the eighth and ninth centuries, whose high point came in 787, when the Second Council of Nicaea restored the cult of images in the church. He demonstrates how the dogmas of the Trinity and the Incarnation eventually provided the basic rationale for images: because the invisible God had become human and therefore personally visible in Jesus Christ, it became permissible to make images of that Image. And because not only the human nature of Christ, but that of his Mother had been transformed by the Incarnation, she, too, could be “iconized,” together with all the other saints and angels.

In an incisive foreword, Judith Herrin explains the enduring importance of the book and discusses how later scholars have built on Pelikan’s work.

Jaroslav Pelikan (1923–2006) was the author of more than thirty books, including the five-volume Christian Tradition: A History of the Development of Doctrine. In 2004, he received the John W. Kluge Prize for Lifetime Achievement in the Human Sciences. Judith Herrin is professor emeritus in the Department of Classics at King’s College London.

"[Pelikan's] extraordinary breadth as a historian, not to mention his mastery of the Christian theological traditions, enables him to establish a proper context and a necessary rhetoric for the exploration of Byzantine icons."—John Wesley Cook, Theology Today

"This book is genuine cause for celebration. I look forward to recommending it heartily to students and colleagues alike."—Alexander Golitzin, Patristics

"Pelikan clearly delineates the path the theological defense of icons took during the iconoclastic controversies of the eighth and ninth centuries . . . Commendably Pelikan addresses the role played by the other senses in the defense of icons. The fact that touch, taste, audition and smell were acceptable made it easier to argue for the place of the visual."—Theological Studies