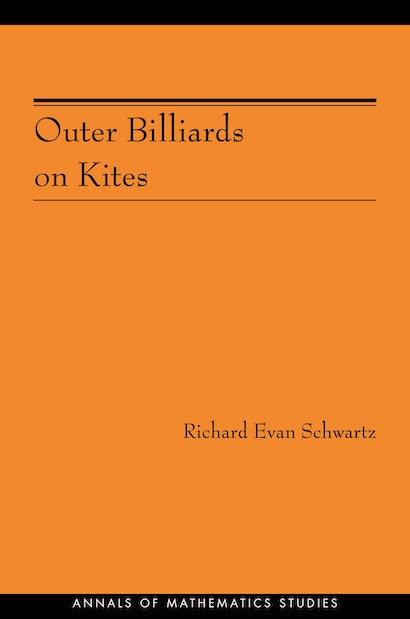 Outer billiards is a basic dynamical system defined relative to a convex shape in the plane. B. H. Neumann introduced this system in the 1950s, and J. Moser popularized it as a toy model for celestial mechanics. All along, the so-called Moser-Neumann question has been one of the central problems in the field. This question asks whether or not one can have an outer billiards system with an unbounded orbit. The Moser-Neumann question is an idealized version of the question of whether, because of small disturbances in its orbit, the Earth can break out of its orbit and fly away from the Sun. In Outer Billiards on Kites, Richard Schwartz presents his affirmative solution to the Moser-Neumann problem. He shows that an outer billiards system can have an unbounded orbit when defined relative to any irrational kite. A kite is a quadrilateral having a diagonal that is a line of bilateral symmetry. The kite is irrational if the other diagonal divides the quadrilateral into two triangles whose areas are not rationally related. In addition to solving the basic problem, Schwartz relates outer billiards on kites to such topics as Diophantine approximation, the modular group, self-similar sets, polytope exchange maps, profinite completions of the integers, and solenoids — connections that together allow for a fairly complete analysis of the dynamical system.

Richard Evan Schwartz is professor of mathematics at Brown University and the author of Spherical CR Geometry and Dehn Surgery (Princeton).

"This research is an exemplary sample of experimental mathematics."—Serge L. Tabachnikov, Mathematical Review