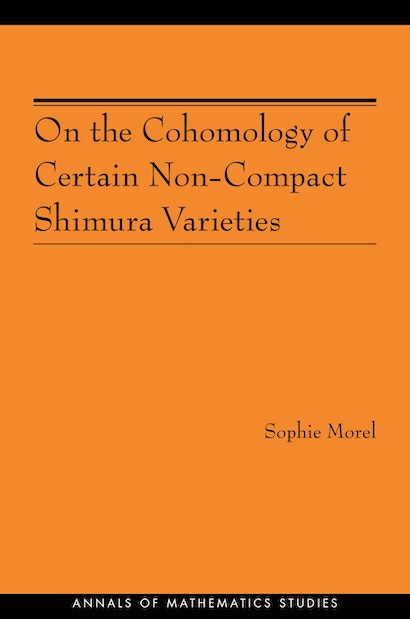 
Morel uses the method developed by Langlands, Ihara, and Kottwitz, which is to compare the Grothendieck-Lefschetz fixed point formula and the Arthur-Selberg trace formula. The first problem, that of applying the fixed point formula to the intersection cohomology, is geometric in nature and is the object of the first chapter, which builds on Morel’s previous work. She then turns to the group-theoretical problem of comparing these results with the trace formula, when G is a unitary group over Q. Applications are then given. In particular, the Galois representation on a G(Af)-isotypical component of the cohomology is identified at almost all places, modulo a non-explicit multiplicity. Morel also gives some results on base change from unitary groups to general linear groups.

Sophie Morel is a member in the School of Mathematics at the Institute for Advanced Study in Princeton and a research fellow at the Clay Mathematics Institute.

"This book is a research monograph, yet the author takes care in recalling in detail the relevant notation and previous results instead of just referring to the literature. Also, explicit calculations are given, making the book readable not only for experts but also for interested advanced students."—Eva Viehmann, Mathematical Reviews