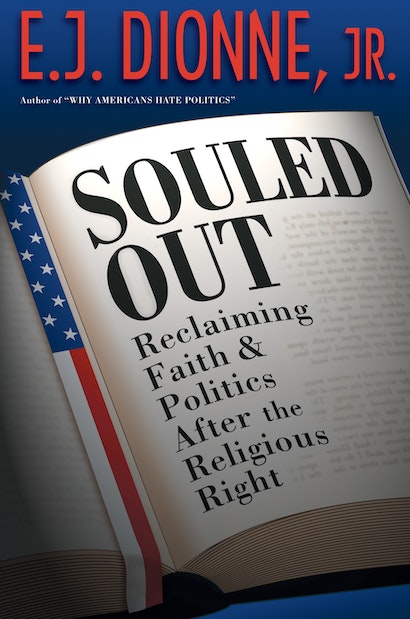 The religious and political winds are changing. Tens of millions of religious Americans are reclaiming faith from those who would abuse it for narrow, partisan, and ideological purposes. And more and more secular Americans are discovering common ground with believers on the great issues of social justice, peace, and the environment. In Souled Out, award-winning journalist and commentator E. J. Dionne explains why the era of the Religious Right — and the crude exploitation of faith for political advantage — is over.


Based on years of research and writing, Souled Out shows that the end of the Religious Right doesn’t signal the decline of evangelical Christianity but rather its disentanglement from a political machine that sold it out to a narrow electoral agenda of such causes as opposition to gay marriage and abortion. With insightful portraits of leading contemporary religious figures from Rick Warren and Richard Cizik to John Paul II and Benedict XVI, Dionne shows that our great religions have always preached a broad message of hope for more just human arrangements and refused to be mere props for the powers that be. Dionne also argues that the new atheist writers should be seen as a gift to believers, a demand that they live up to their proclaimed values and embrace scientific and philosophical inquiry in a spirit of “intellectual solidarity.”


Written in the tradition of Reinhold and H. Richard Niebuhr, Souled Out will help change how we think and talk about religion and politics in the post-Bush era.

E. J. Dionne Jr. is a syndicated columnist for the Washington Post, a regular political analyst on National Public Radio, a senior fellow at the Brookings Institution, and a professor at Georgetown University. His books include the best-selling Why Americans Hate Politics (Simon & Schuster), which won the Los Angeles Times book prize and was nominated for the National Book Award. 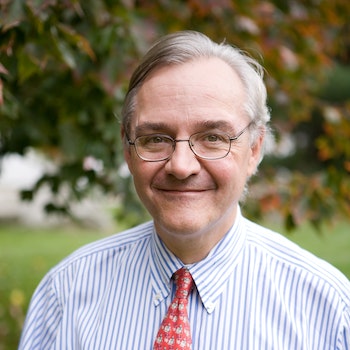 "[Souled Out] is a highly worthy alternative to polarizing arguments regarding religion, whether pro or con. . . . Rousing and wry, Dionne's sensible voice makes a powerful case for broadening religious vision and visibility in the public square."—Publishers Weekly

"Souled Out gives facts, analysis and inside details on religious leaders' views. Dionne is well-equipped for the task. . . . Many of Dionne's chapters are must-reads for progressive activists."—Kim Bobo, In These Times

"Recognizing that 'it's much easier to scream across barricades,' he provides a political primer for politicians who want to reclaim the center...[H]is book provides new ways of talking about religion and public policy—just in time for liberals laboring to be 'born again.'"—Glenn C. Altschuler, New York Observer

"Liberal commentator Dionne foresees different relations between faith and politics now that the religious Right is declining. . . . He turns to recent developments in Catholicism since Vatican II and among liberal Catholics as a springboard to his concluding injunction that Christians continue to participate in politics, out of Christian hope rather than self-righteousness."—Booklist

"E.J. Dionne writes well, and his latest effort, Souled Out, is no exception. Souled Out offers a critical and at times discomforting account of the rise and role of the Christian right in politics. A liberal Catholic, Dionne also gives an insider's account of the battles going on within Catholicism."—World Magazine

"Is this really the year liberal Christians are going to take back politics? Not likely, but it is also not likely the year that the 'religious right' will dominate the political scene. Washington Post columnist E.J. Dionne, a Catholic with extensive background in religion, writes in Souled Out that 'we do not need and should not want, to end religion's public role. We do need a more capacious understanding of what that role is.'"—William R. Wineke, Wisconsin State Journal

"Souled Out tells the recent history of religion's role in American politics and the outlook for the future. Dionne . . . points to a general trend of increasing moderation of religious people in America. Christians who support abortion rights are acknowledging the horror of the practice, he writes, and Christians who used to vote exclusively on abortion are looking at other issues, too, including poverty and the AIDS crisis in Africa."—Daniel Heim, Roll Call

"Souled Out by E.J. Dionne Jr. is an attempt to chart the rocky ride our ship of state has endured the last few years. Given that this popular syndicated newspaper columnist is often the standard-bearer for rational progressive politics, this book is well researched, much sourced, and eminently readable."—Susan Campbell, The Hartford Courant

"In his new book Souled Out, E.J. Dionne zeroes in on how spiritual restlessness is affecting American politics. Since the Reagan years, a seemingly monolithic religious right has focused on a narrow moral agenda and voted accordingly. But Dionne sees signs that this agenda (stopping gay marriage, abortion, and stem-cell research) may at last be broadening to encompass concerns with the poor and the environment."—M.J. Andersen, Providence Journal

"This book offers an insightful look into the intersection between religion and politics, coming from a self-described 'progressive Catholic.' While he doesn't mince words in his criticism of the Religious Right, it is clear that he believes that people of faith still have a part to play in directing the moral compass of our society."—Ann Fetters, The Wichita Eagle

"E.J. Dionne brings special credentials to [SOULED OUT] on the role of religion in American politics. As a former New York Times correspondent to the Vatican, current political analyst for The Washington Post and professor at Georgetown University, he knows the present with the keen sense of a beat reporter and the past with the perspective of a scholarly historian. He seems to have read and digested every book written on the subject, as 20 pages of footnotes amply attest. The result is an astute and important review of the intersection of faith and public policy."—America Magazine

"In Souled Out, Dionne recognizes that the Right raises legitimate points about the importance of personal morality, and that Christianity does have a 'conservative' streak in its skepticism about efforts to remake society in fundamental ways. . . . Another virtue of Dionne's book is the substantial attention it gives to specifically Catholic dynamics. . . . Dionne's book gives us reason to hope that an emphasis on human dignity across a broad range of issues—an emphasis resonating with Catholic thought, and increasingly embraced by Evangelicals—might be combined with Niebuhrian understanding of the limits and possibilities of politics."—Thomas C. Berg, Commonweal

"E. J. Dionne's clever title, Souled Out, does not do justice to the wisdom of his meditation on the essential connection between religion and American politics. Dionne is right that many Americans are tired of the spectacle of political wrangling over morals and ethics that should never have been reduced to party slogans."—Anne C. Rose, Centre Daily Times

"Dionne is a gifted writer who knows a lot about religion and electoral politics in America. He offers astute observations that would escape most churchgoers and citizens, and does not hesitate to debunk widely held assumptions about the culture war. . . . A Catholic from the liberal fold, . . . [he] explores the ongoing mystery of the Catholic vote."—Darryl Hart, American Conservative

"Souled Out is an intelligent, written and eminently fair-minded work of advocacy."—Rev. Richard P. Mcbrien, Conscience

"E. J. Dionne gives us a thoughtful and nuanced exploration of Christianity's contributions to American politics. Critical of the exclusionary politics of both the Left and the Right, he calls for a new bond between religious conservatives and progressives rooted in our shared moral values and inspired by the wonder and awe that give birth to faith."—Susannah Heschel, author of Abraham Geiger and the Jewish Jesus

"E. J. Dionne is my favorite columnist. He is one of America's most insightful social commentators and a persistent articulator of the powerful but neglected vision of the common good that calls both Left and Right to moral accountability. Souled Out is a crucial contribution to the new American discourse on faith and politics."—Jim Wallis, author of God's Politics and president of Sojourners

"E. J. Dionne is this country's single most knowledgeable writer on religion and politics. Approaching this subject so central to the American experiment as a person of faith as well as a seasoned political reporter, Dionne brings an understanding and knowledge to the topic unique in the current debate."—Cokie Roberts, political analyst for ABC News and National Public Radio

"For much of the last decade the notion has been abroad in the land that religion is a conservative influence in American politics. E. J. Dionne, a liberal and a Catholic and one of the wisest of American journalists, challenges this myth. As the country emerges from a dreadful era, Dionne provides a perspective from which to recover the wisdom that religion, like everything else in America, is politically pluralistic."—Andrew Greeley, author of The Catholic Revolution

"E. J. Dionne has a unique voice and special authority as a liberal spokesman on religion and politics in America. Here, he models how to lower the temperature of the public discussion about religion and politics so that real advances in understanding can take place. This book will further cement Dionne's standing as the leading voice in the mounting campaign to revive a broad-based, religiously liberal politics—something that we haven't seen since the days of Martin Luther King Jr."—Richard Wightman Fox, author of Jesus in America

"Any book by E. J. Dionne is a treat, and one about religion is especially to be savored. This is not simply the work of an astute political commentator but of a person of faith who writes gracefully and often prophetically. He has an enviable flair for moving the reader along almost effortlessly and yet making clear and compelling arguments. There are fresh insights here in abundance."—Robert Wuthnow, Princeton University