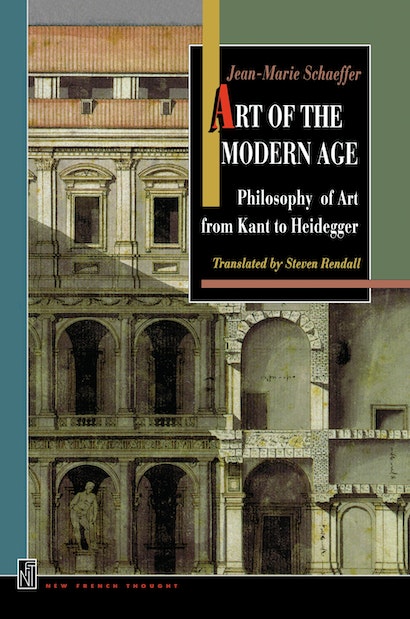 This is a sweeping and provocative work of aesthetic theory: a trenchant critique of the philosophy of art as it developed from the eighteenth century to the early twentieth century, combined with a carefully reasoned plea for a new and more flexible approach to art.

Jean-Marie Schaeffer, one of France’s leading aestheticians, explores the writings of Kant, Schlegel, Novalis, Hegel, Schopenhauer, Nietzsche, and Heidegger to show that these diverse thinkers shared a common approach to art, which he calls the “speculative theory.” According to this theory, art offers a special kind of intuitive, quasi-mystical knowledge, radically different from the rational knowledge acquired by science. This view encouraged theorists to consider artistic geniuses the high-priests of humanity, creators of works that reveal the invisible essence of the world. Philosophers came to regard inexpressibility as the aim of art, refused to consider second-tier creations genuine art, and helped to create conditions in which the genius was expected to shock, puzzle, and mystify the public. Schaeffer shows that this speculative theory helped give birth to romanticism, modernism, and the avant-garde, and paved the way for an unfortunate divorce between art and enjoyment, between “high art” and popular art, and between artists and their public.

“[A] remarkable work…. [Schaeffer’s] writing is governed by … the ideals of clarity and consequence, the ideas of logic, truth, and evidence…. Schaeffer is so precise and unrelenting a philosophical critic that one wonders how some of the philosophies he anatomizes here can possibly survive the operation.” — From the foreword by Arthur C. Danto

"Art of the Modern Age is an important contribution to the field, and its readership should not be limited to philosophers. While Schaeffer is not afraid to do the necessary detail work, he never gets mired in issues of merely scholastic interest."—F.L. Rush, Bookforum

"This academically solid, well-documented book . . . [offers] very good background for courses in the history of aesthetics or art theory."—Choice