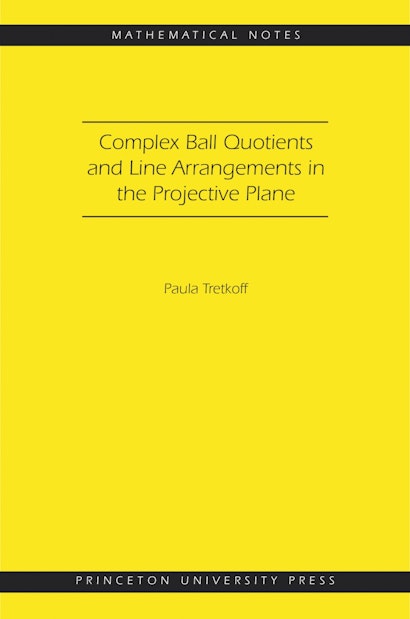 This book introduces the theory of complex surfaces through a comprehensive look at finite covers of the projective plane branched along line arrangements. Paula Tretkoff emphasizes those finite covers that are free quotients of the complex two-dimensional ball. Tretkoff also includes background on the classical Gauss hypergeometric function of one variable, and a chapter on the Appell two-variable F1 hypergeometric function.

The material in this book began as a set of lecture notes, taken by Tretkoff, of a course given by Friedrich Hirzebruch at ETH Zürich in 1996. The lecture notes were then considerably expanded by Hirzebruch and Tretkoff over a number of years. In this book, Tretkoff has expanded those notes even further, still stressing examples offered by finite covers of line arrangements. The book is largely self-contained and foundational material is introduced and explained as needed, but not treated in full detail. References to omitted material are provided for interested readers.

Aimed at graduate students and researchers, this is an accessible account of a highly informative area of complex geometry.

Paula Tretkoff is professor of mathematics at Texas A&M University and director of research in the National Center for Scientific Research (CNRS) at the Université de Lille 1, France.

"A very welcome addition to the literature and is recommended for anyone interested in the theory under discussion."—Daniel Greb, MathSciNet